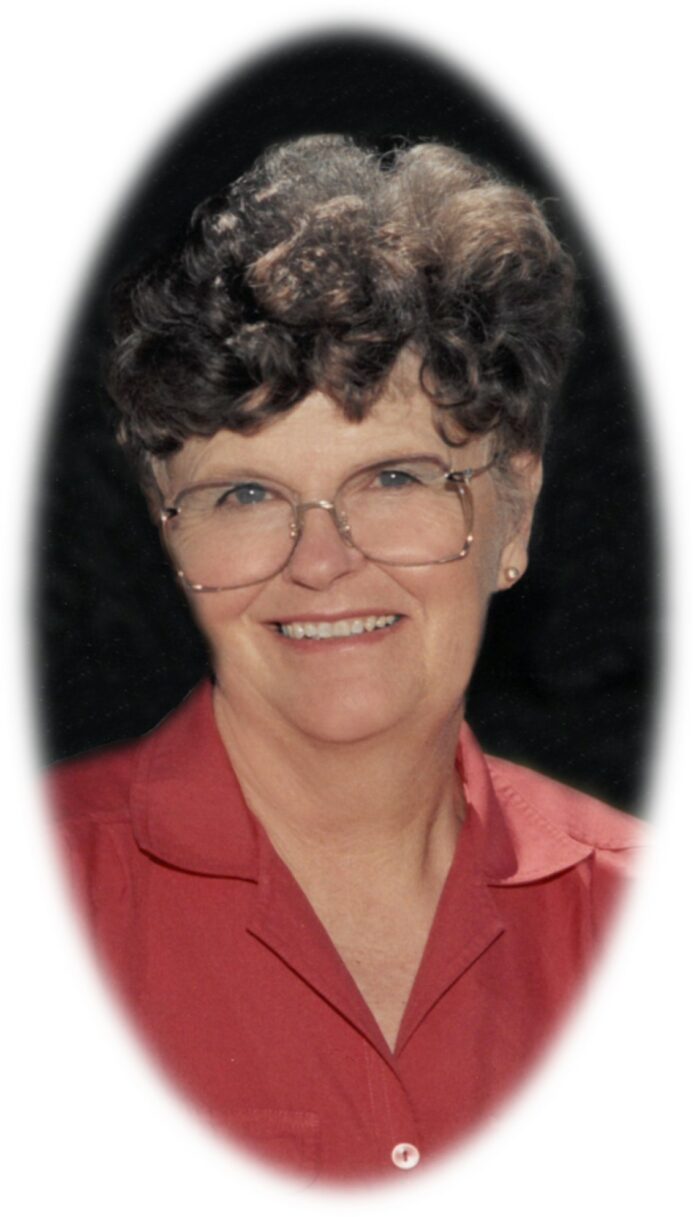 Duveene E. Hamilton, 87, of Lander, passed away surrounded by family on September 18, 2022, after a seven year battle with Parkinson’s Disease.  Duveene was born to Erma (Yohe) and Ivan Dickinson on May 6, 1935 in Sheridan Wyoming. They lived near Big Horn, where her father worked as a herdsman for Rice Hereford ranch. She had wonderful memories of learning to ride horses in the shadows of the Big Horn Mountains, where the family lived in a log cabin.

When Duveene was 9 years old, her sister Donna was born.  The family then purchased a ranch at Ray Lake, on the Wind River Reservation and moved from Sheridan.  There, she attended Mill Creek School, followed by Fremont County Vocational High School.  Graduating early, she attended Casper College and the University of Wyoming for a year.  She then taught at Crowheart school for the 1953-1954 school year.  On December 5, 1953, she and Bill Hamilton were married in Lander, and the teacher “Miss” Duveene became “Mrs”. They were married for 67 years. Bill was drafted into the army, and in 1955, she moved with him to Anchorage, Alaska, where he finished his tour.

After Bill’s military service, the couple moved back to Fremont County. They shared a dream of owning their own ranch. They combined the cows they each brought to the marriage and ran them on shares while saving money to buy a ranch.  She travelled with Bill while he worked for Gilpatrick Construction around Wyoming and based out of Riverton.  Their two daughters, Kim and Kay Lynn were born during this time.

In 1962, they purchased their first ranch in Lyons Valley, and soon after purchased another. Their son Bryan was born after they moved to the valley. Duveene loved the ranching life, irrigating, riding, helping with calving and cooking for crews. She was known for her cooking and making sure everyone had plenty to eat. Bill’s friends often stopped by right around lunchtime, knowing they would be asked in for lunch.

Duveene was a charter member of the Fremont County Cowbelles, when they organized in 1957, and remained a member of the Cattlewomen for the next 65 years.  She was passionate about promoting beef and the ranching industry.  She served on the Board of Wyoming Agriculture in the Classroom, mixing her love of teaching with her love of ranching.

Duveene was a devoted member of the Church of Jesus Christ of Latter-day Saints. She served in all the auxiliaries but mostly she loved teaching the kids. Her love of the Lord endured to the end. She had many close and dear friends in her church community.

Duveene formed many deep and lasting friendships over the years, through the organizations to which she belonged, the ranching community, and her “Lyons Valley family”.  Above all, Duveene loved her family. She and Bill travelled around the state and to Colorado to watch their children and grandchildren participate in sports and activities. She loved to open her home for holiday dinners and picnics for family, neighbors and friends.

Funeral services will be at the Pioneer Museum Livery Stable in Lander on October 1 at 12:00 Noon with a reception afterwards.

Memorials can be made directly to either Anam Cara Caregiving, 909 Fremont Street, Lander, WY 82520 or Wyoming Agriculture in the Classroom, PO Box 347, Cheyenne, WY 82003.