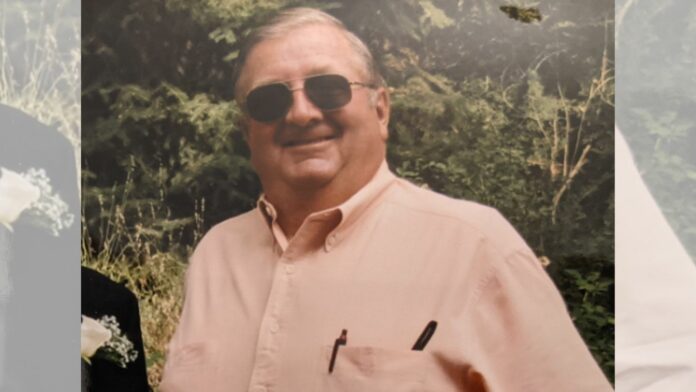 Mike McDonald, 83, long time Riverton resident and business man passed away, Saturday, October 9, 2022 at the Westward Heights Care Center in Lander, Wyoming. A Celebration of Mike’s life will be 10:00 a.m., Friday, November 4, 2022, at the Davis Funeral Home with military honors. Friends are invited to share stories of Mike following the service at the Riverton Country Club.

Michael Trent McDonald was born November 23, 1938, in Worland, Wyoming to Walter David and Winifred (Hummel) McDonald. He grew up in Riverton and graduated Riverton High School with the class of 1957, Northeastern Junior College in Sterling, Colorado, and graduating the University of Wyoming.

Mike was drafted into the U.S. Army in August of 1962 and was honorably discharged in July 1964 serving in Germany.

Mike was passionate about fly fishing and enjoyed hunting, spending time with his family and friends, and looking for his next new truck to buy.

Mike had an extensive career starting as a bartender, a skill he developed while working in the officers’ club while stationed in Germany, and then his summers during college working on the Gilpatrick Construction asphalt crew. He then served as Gilpatrick’s Safety Engineer for 10 years.

He launched his career in Real Estate in the late 1970’s, appraising real estate as McDonald Appraisal, and becoming a partner Wind River Realty – buying out Jane Gay in 1982. Mike and partners Kate Martin and John Detimore started Dinwoody Construction and built over 30 homes in the Riverton area over many years. Later Mike and Kate formed the MarMac partnership which continued building homes and owning / managing rental properties. It was described as a good ride together.

He is preceded in death by his parents, Walter and Winifred McDonald.

On-line condolences may be made at:
https://www.thedavisfuneralhome.com/home/obit/guestbook/4970

Services are under the direction of the Davis Funeral Home and Crematory.