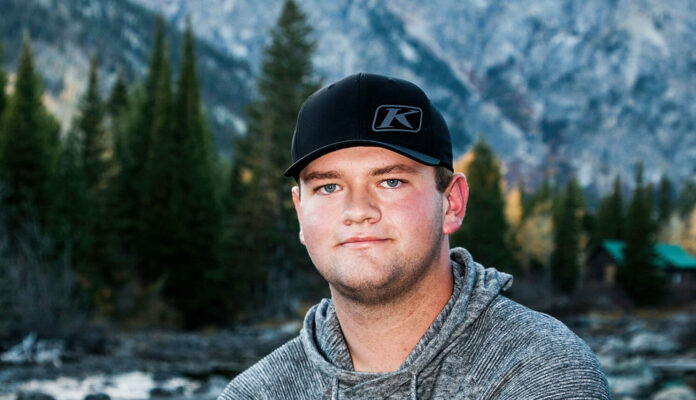 Wyatt Frazier was nominated as student of the week by Ms. Kyli Yorgason and Mrs. Jill Reddon. Ms. Kyli Yorgason: “He has great grades, works really hard, is an outstanding trumpet player, and earned a couple of solos this year. He works really hard to learn about mechanics outside of school. He gets along with everyone, is loyal, and dependable.”  Mrs. Jill Reddon: “Wyatt stands out for his quiet leadership. He is always willing to get involved and get things accomplished. He is competent and trustworthy. His grades and attendance are impeccable. He is first to volunteer for activities, he gets others involved and is organized.”

Wyatt is involved in Band, President of C.A.N. (Changing Attitudes Now), and NHS (National Honors Society). His hobbies include Snowmobiling, hunting, fishing, and working on cars and trucks with my family. Wyatt has won multiple band awards, and also lettered in academics and band.

After graduation, Wyatt plans to attend the University of Wyoming to major in biology and enter dental school.