Today, November 5th starting at 1:00 pm the Fremont County Canvass Board convened at the Courthouse to certify the local results for the 2020 General Election.

To certify the results, the local Canvass Board goes through each seat – County Commission and below – on the ballot and declares the winner.

County 10 reported on November 4th that a new voter turnout record had been set at this General Election with a total of 18,234 voters.

There were two “material errors” reported during the canvassing today. They happened at the Arapahoe and Dubois vote centers. This means a voter was counted at the center but decided to not put their ballot in the machine, according to Freese. There was also a blank ballot submitted at a center.

Freese said, “Did it change the outcome with any of our races? No, it did not. This happens from time to time.”

Below are the official results with links to our previous posts released on November 3rd where you can see the numbers.

Candidates for House District and above are determined by the Wyoming State Canvass Board – currently scheduled for Tuesday, November 10th. County 10 will continue to share the latest on local and statewide election updates. 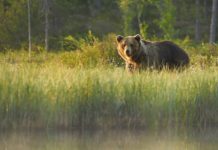