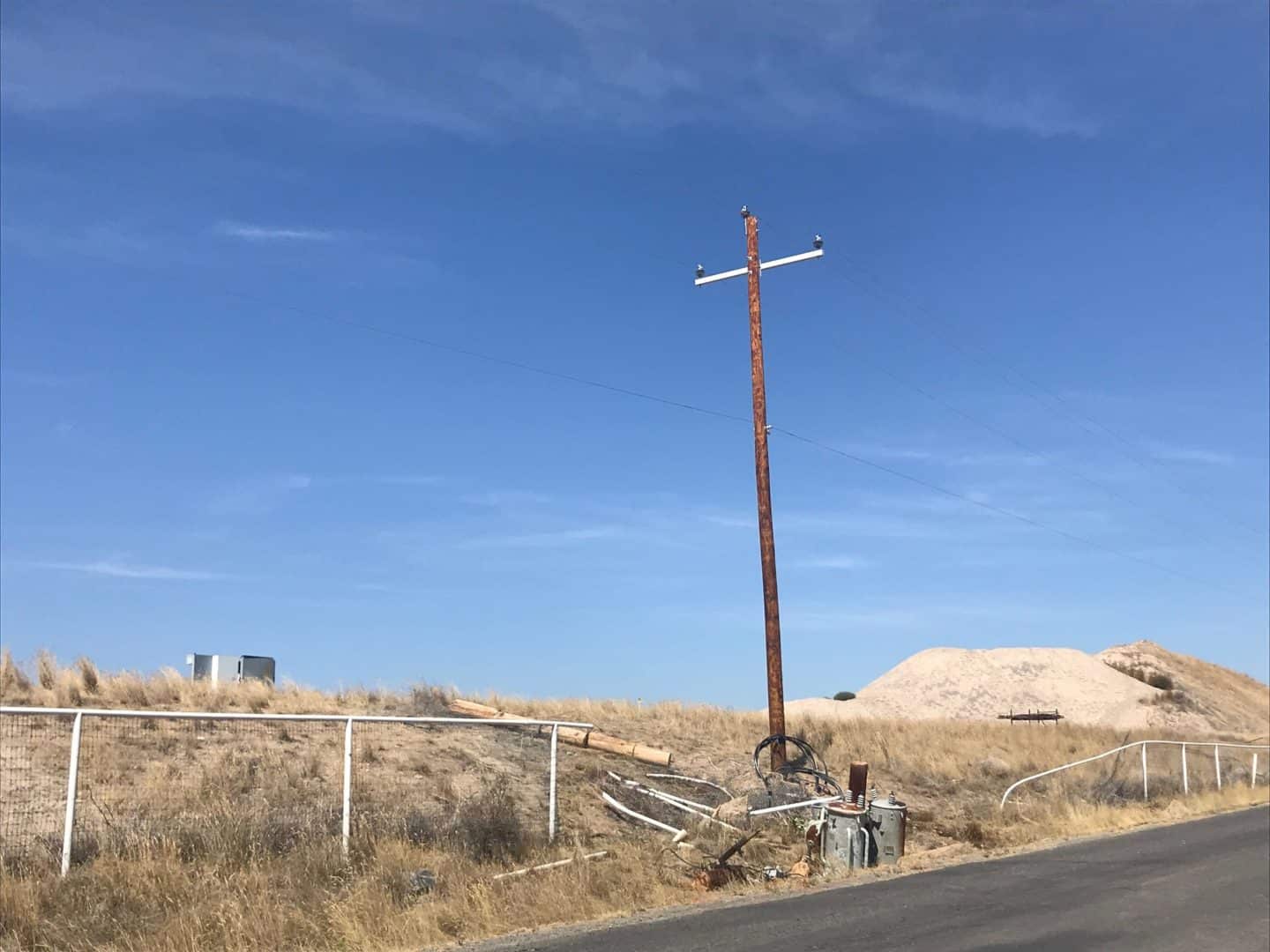 Update: The driver, and only occupant of the vehicle, has been confirmed dead by the Fremont County Sheriffs Department.  You can see more details here.

Just before 7:00 a.m. Tuesday morning, many Riverton residents said they heard a large explosion like “boom” sound, followed by sirens.

Some residents near Smith Rd. lost power for most of the morning, while most Riverton citizens we’re hearing from said they only lost power for a few seconds.

County 10 arrived on Smith Road and discovered what appeared to be a single vehicle accident. Fremont County Sheriffs had a large perimeter established and we were asked not to get near the scene.

One Sheriff Deputy on scene told us the vehicle, “left the roadway and crashed through a fence, into a power pole.”

Smith Road was closed to traffic for nearly two hours Tuesday while utility crews worked on the power lines and while EMS crews cleared the scene. It is currently open to traffic, however there are traffic barriers indicating that utility crews might be present.

The Deputy on scene confirmed there were injuries, but could not say how severe. We’ve reached out the Sheriff’s Department for more information and will update as soon as we receive more.