Top Vacation Locations to Consider if You Love European History 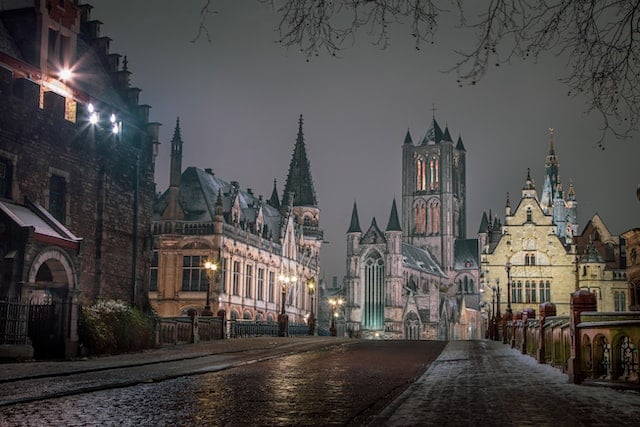 European history is fascinating. If it is a subject that interests you, then why not go on vacation to Europe? However, as somebody who is interested in European history, you will probably know that it’s an extremely large continent, and there are thousands of places for you to see, maybe even tens of thousands. Selecting somewhere to go on vacation with this in mind can be difficult, but don’t worry, this post’s got you covered.

Here are the top vacation locations worth considering if you are interested in Europe’s rich and diverse history.

Ancient Rome left an indelible mark on the world. Were it not for the Roman Empire, there would be no Great Britain. Without Great Britain, the United States of America would never have existed. As you might expect from a city that has had such a tremendous impact on the world, there is a lot to see in Rome. The best way to see it all is to buy the Roma pass, which guarantees you entry into some of the city’s most interesting places, like the Colosseum and the Roman Forum. In terms of travelling around the city, Rome has a very efficient subway system. It’s definitely worth making use of it. Using the subway will save you money since taxis there can be very expensive. Renting a car to get around isn’t advised because there tends to be a lot of traffic in the more central areas.

Amsterdam is a city that’s overlooked historically. Most of the people that visit there are more interested in getting high, unfortunately. However, there is a lot for you to see in Amsterdam. It is worth noting though, because of the huge numbers of tourists that visit the city solely for marijuana, it can be very expensive to travel to, and stay there. One of the best ways to save money is to get a hotel on the city’s outskirts, then hire a bicycle and ride into the more central districts each day. Riding a bicycle around Amsterdam is good exercise and also a lot of fun.

London has had a huge impact on the history of the world, like Rome. It was the centre of an empire that ruled a quarter of the world.  However, London’s history goes much further back than the British Empire. It was a Roman settlement first, called Londinium. Remnants of the Roman occupation of London remain, in the City of London.  One of the best things about London is that many of the places worth seeing are completely free to enter, although a small donation is asked for. Many of the places worth seeing in London can all be seen on foot, so there is no need to travel by car or train. You can hire a bicycle, too.

Cambridge is about an hour’s drive away from London. It is a city that, like London, has changed the world, however in a different way. Cambridge University of one of the world’s oldest learning establishments. Some of the most significant figures in the last century studied there, including people like Steven Hawking and Alan Turing. Sir Isaac Newton also studied there, although a few hundred years ago.  You have to pay to get into the university, but it is definitely worth visiting if you are a true fan of European history.

Venice is a city in Italy that’s best known for its canals. At one point, Venice was its own country, the Republic of Venice. However, it was later absorbed into what is today Italy. Getting around Venice is very interesting since cars are forbidden in the city. Instead, you either have to travel by boat through the city’s canals or walk its alleyways. Scientists predict that Venice will disappear by the year 2100, so be sure to visit sooner rather than later.

Athens can be found in Greece. It is an incredible city that, like Rome, shaped the modern world. Without ancient Greece, there would have been no ancient Rome. As somebody interested in European history, you no doubt know this. There are thousands of historical sites located in Greece for you to visit. However, the best of them can be found in Athens. One site in, particular that’s very popular with tourists is the Acropolis. There is also a museum that joins on to the Acropolis, called the Acropolis Museum. Both are worth a visit if you love history.

Europe is somewhere everybody should visit at least once in their lifetimes. This post outlines some of the best places to visit, especially for history buffs. However, this list is only the tip of the iceberg. There are many more places worth visiting, far more perhaps than a single person ever could their life.