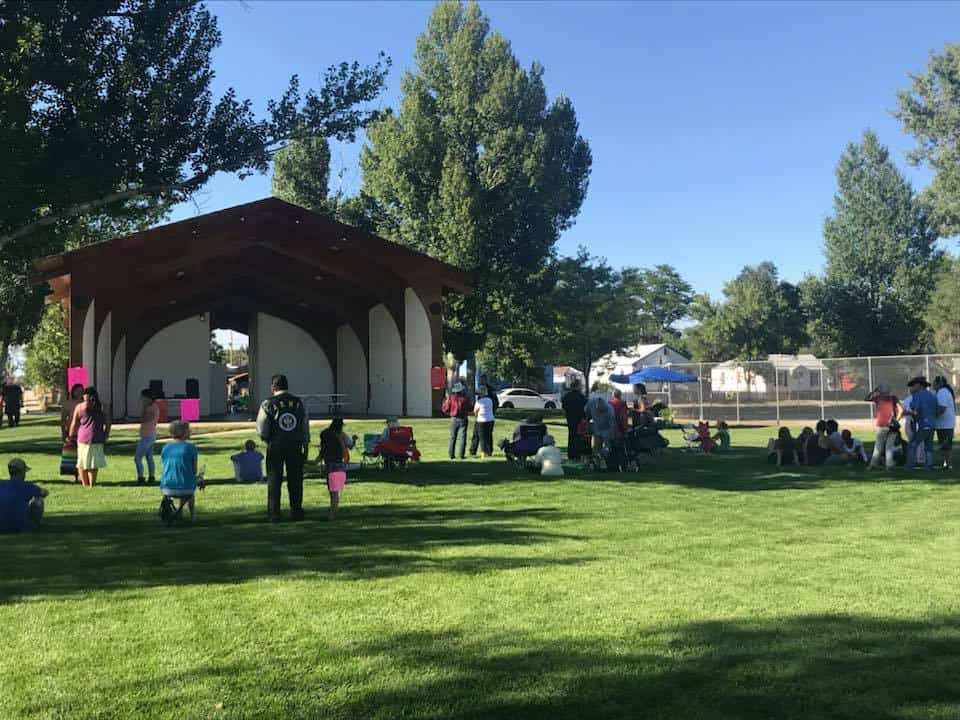 “We’ve come a long way, but still have work to do” an attendee said Wednesday night as Fremont County residents with different backgrounds, ethnicities, and ages came together for what has become an annual rally for peace.

The event began in response to the shooting death of 29-year-old Stallone Trosper and injury to 50-year-old Sonny Goggles, who were shot while in their bunks at Riverton’s Center of Hope on July 18, 2015.

A 32-year-old gunman told authorities that he wanted to kill “transients” in Riverton. He was sentenced to life in prison.

Since then, every year on July 18th, community members are invited to the rally, which is dedicated to opening a dialogue and discussing ways citizens can work together and respect each others differences.

Event organizer and local teacher, Ron Howard said since the rallies have started, he’s seen a difference in attitudes, “I feel that this community has come to a place of tolerance and feels better since the shooting. I’m sure other efforts by local leadership (teachers, administrators, supervisors and elected officials) have stepped up to help make their realms of operation better places to be.”

He also noted that recent events on a larger scale have possibly changed some minds locally, “I also think that national attention to the crisis of racism and bigotry have made people aware of the problem and they’ve responded in kind. Racist incidents are being brought out for all to see and we are also seeing real consequences to the actions of those who call the cops on people for frivolous reasons. As for continuing our progress, I think, locally, we need to find another way to get people to events like this so we can boost our message of peace in Fremont County. I’ll be working with whoever is willing to help make that happen for next year.”

The 2018 rally was the first one without an actual march, this was due in large part to the Federal construction project. Howard noted that he thought the project may have hurt attendance, but also said that several other events were happening this year at the same time in the area.