RHS Speech and Debate to compete Nationally in June

(Riverton, WY) – The RHS Speech and Debate team completed their season on March 20th with the National Qualifying Tournament. The National Tournament will be virtual this year but students will compete against students across the Nation in their specific event.

Qualifying and attending in Original Oratory was senior Elizabeth Pierson.

Also qualifying and attending in World Schools Debate was Kylar Bennett. Kylar and his partner Nathaniel Davis were 3rd alternates in Cross-Examination Debate.

Head Coach Annette Thornton said, “I am proud of our team who persevered and continued to express their perspectives and viewpoints in a forum that barely resembled anything like actually speaking in public.”

The team competes virtually the week of June 13th and hopes to be back to in-person competitions next year.

May 11th FCSD #25 school board meeting to discuss potential mask... 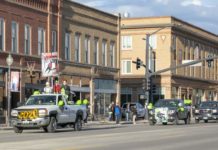 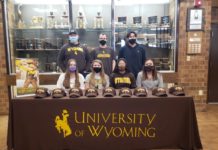 A week of high school senior celebrations in Fremont County