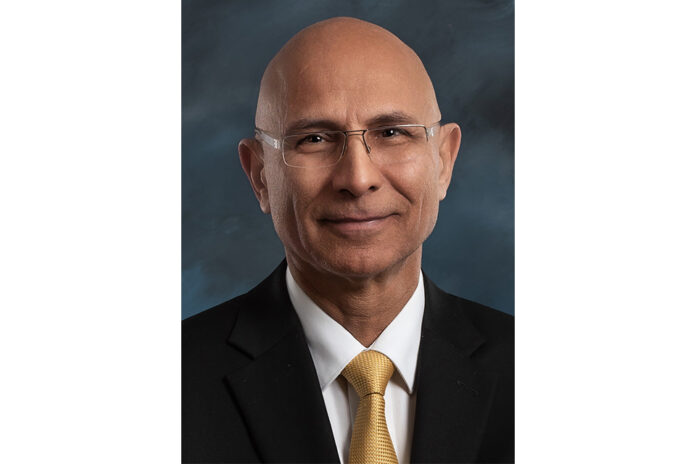 Dr. Kakavandi always had an interest in medicine since he was a kid. “Funny thing, Mom said when you were born your father wasn’t home. When he came home, he looked at you and said, he will be a doctor,” Dr. Kakavandi stated. “I didn’t know about that until I became a doctor. Then my mom told me.”

He did his first surgery in 10th grade on his sister. “She was limping and I noticed she had a corn on her foot. I bought a new razorblade, cleaned everything with alcohol, dug it out, and hardly lost a drop of blood.”

Initially, Dr. Kakavandi wanted to go into Emergency Medicine. All that changed while he was a medical student.

“I had a passion for emergency medicine until I got into the operating room as a medical student. I walked into the operating room and sawthe patient’s abdomen wasopen and the surgeon was performing bowel resection.I looked at the small bowel, the large bowel, all the organs and I said, wow, that is cool. A lot of people pass out when they see this. I immediately became interested in surgery! I changed my mind about emergency medicine.”

Dr. Kakavandi started working at SageWest in May of 2021. He had always loved the West and would pass through Wyoming with his kids and really liked the entire area. This brought him to look for job opportunities out this way and SageWest came along.

I came here on a temporary basis for 10 days. I liked their staff, I liked the town, I liked the weather. The Midwest is so muggy in the summertime and here it is nice and dry. So I decided to stay.

Dr. Kakavandi was born in Persia (Iran) and moved to the United States after he graduated high school.In 1983, he received his Bachelor’s Degree from the University of Oregon in Eugene, Oregon. He went on to receive his Master’s Degree at the California State University in Fullerton, California. He then traded coasts and went to Medical School at the University of New England in Maine. Dr. Kakavandi did his internship in Michigan and his residency in Cleveland, Ohio as part of the Cleveland Clinic.

What would you say is the most challenging thing about what you do?
There are challenges in any profession. With medicine, we’re dealing with people’s lives. With say a C section, we deal with the baby’s life and the mom’s life. I have done C section from2001 until I came here.

We are faced with trauma and sometimes it ischallenging. You have to try to save somebody’s life.

While the great majority of people truly appreciate the care I provide, rarely,no matter what you do for people, you cannot please them.

How is it rewarding?
I help people, especially with surgery. What I do is rewarding, pretty much immediately. Somebody comes in with a horrible appendicitis, for example, and so you take them into surgery, remove the appendix and they do well. If you catch it early enough, they get to go home in a day or so. Last week a 13-year-old came in with a ruptured appendix and a belly full of infection. Four days later he walked out of the hospital and I saw him in my office and he was doing fine. It gives mepleasure to be able to help someone.

What are some of the most common procedures and surgeries you perform on a day-to-day basis?
I used to do a wider aspect of general surgery from head to toe. I was doing tonsils, adenoids, thyroid, parathyroid, breast, and female surgery which includes hysterectomy and C sections. Now in Lander, we have an OB-GYN so I don’t perform GYN surgeriesanymore. I don’t do tonsils either because we have Dr. Hertler for that. The most common procedures I do would be upper endoscopy and colonoscopy. I also do a lot of gallbladder surgeries and appendectomies.

What advice would you give to someone to help prevent gall stones?
A healthy, low-fat diet is the best way. Eating only healthy fats like olive oil or sesame seed oil. I personally use organic extra virginolive oil and organicavocado oil.

Make sure you are drinking enough water. That is six to eight glasses of water a day and in the summertime even more. I’m talking about water. People drink a lot of other fluidsbut not enough water itself.

Dr. Kakavandi believes diet, exercise, and lifestyle are an important part of staying healthy and away from the many ailments he deals with every day. Avoid junk food, additives, and preservatives, and eat organic vegetables without pesticides. “We have evidence that these pesticides cause cancer. They simply cause a lot of problems,” stated Dr. Kakavandi.

“Let food be thy medicine and medicine be thy food” is a quote by Hippocrates, the father of medicine. This quote, though thousands of years old, acknowledges the importance of healthy eating and how the nutrients in various foods have healing properties. Dr. Kakavandi agrees and goes out of his way to let his patients know that a healthy diet can help reduce medications and disease.

Other things he suggests are getting enough sleep and reducing stress however you can. Research has shown that people who meditate every day or pray every day, get less heart disease, heart attack, less hypertension, less cancer, and if they get cancer, the great majority heal.

In his free time, Dr. Kakavandi enjoys playing music. His instrument of choice is his voice or an ancient 3-stringed instrument called a Kurdish Tanbur.

I play some music. I compose songs sometimes. I enjoy singing. That would have been my profession if I didn’t go into medicine, actually.

SageWest is definitely happy that his career in music came second to medicine. Dr. Kakavandi is a wonderful asset to the SageWest family.

When not in surgery, you can find Dr. Kakavandi at the Wind River Clinic behind SageWest in Riverton or at the clinic in Lander (next to Wind River Ear, Nose and Throat) at 15 Shrine Club Rd., Suite B. He practices with Wind River General Surgery and does surgeries at both SageWest campuses.

Most of his patients are referrals from other doctors but if you like what you’ve read and think you have a problem he can fix, call (307) 857-3488 to make an appointment at either location.