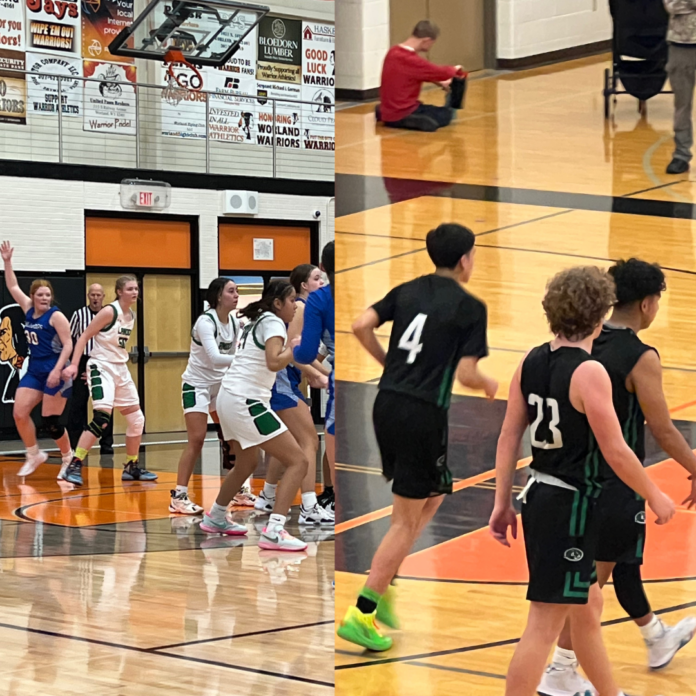 (Lander, WY) – It was the final opportunity before the conference season for Lander Valley High School basketball teams. Last weekend, both the Lady Tigers and Tigers were at the Big Horn Classic. The boys team had a second-place finish, while the Lady Tigers picked up a pair of wins.

The Lady Tigers would play their games in Worland, while the boys played in Powell.

The Lady Tigers won two games at the classic. They would start the tournament off in a dramatic fashion. Returning to the court for the first time was senior Layla Norse, who would knock down the game-winning shot just outside the paint to give the Lady Tigers a 44-42 victory over Lovell who they fell to early in the season. To conclude pool play, they took on the third-ranked team in Class 1A Burlington. The Lady Tigers fell in that match-up 58-44.

Because everyone in the pool split against each other. The tiebreaker went to Lovell due to giving up the least amount of points. Lander would drop to the three seed in pool play matching them up against Wind River. The Lady Tigers secured their fourth win of the season and second in the classic defeating the Lady Cougars big 65-19.

The second-ranked Tiger played their way into first place in their pool defeating Thermopolis 52-43. They would then secure a win against a Fremont County team in Wyoming to win the pool 77-65. Brenon Stauffenberg finished the game with 17 points and 10 rebounds. Abe Lopez with 15 points against the Cheifs.

Lander would get a rematch against the Powell Panthers who defeated them in the first game of the season. The Tigers in a close match-up would secure a six-point win 54-48.

Win the win, the Tigers earned their way into the championship game against Worland. After starting the game on a 13-2 run. the Warriors would go on their own run and never look back. After a three-point second quarter, the Tigers fell 66-43 to finish second in the tournament.

Up next for Lander is one game this week however, it is the first quad game of the season at Mountain View against the Buffaloes. County 10 will have the coverage on KOVE 1330 A.M., 107.7 F.M. and streaming online on our County 10 YouTube and Facebook pages.

Catch all the games from this weekend below.

February temperatures expected to be below normal