After nearly a 2 year run in Riverton, the Cowboy Cafe has closed its doors.

County 10 first learned the Cowboy would be closing in late March. Multiple attempts since then to reach out to ownership went unreturned.

It has been our pleasure being able to be here and serve you. Unfortunately, it is our time to go. We are officially closed for business and our doors will not be opening again. Thank you for giving us the opportunity to be here with you and don’t forget to come visit us in Dubois or Sheridan anytime. Thank you! – Cowboy Cafe

In late March, the business was victim to a breaking-and-entering incident in which a man threw a cinder block through a window and stole several bottles of wine.

A call to the Dubois Cowboy Cafe location confirmed the Riverton restaurant closure as well, but not a reason why.

The Cowboy Cafe has been a staple in Dubois for many years. The Riverton location opened in late April 2017.

However, a new Riverton restaurant is expected to open on North Federal Boulevard in summer 2019. 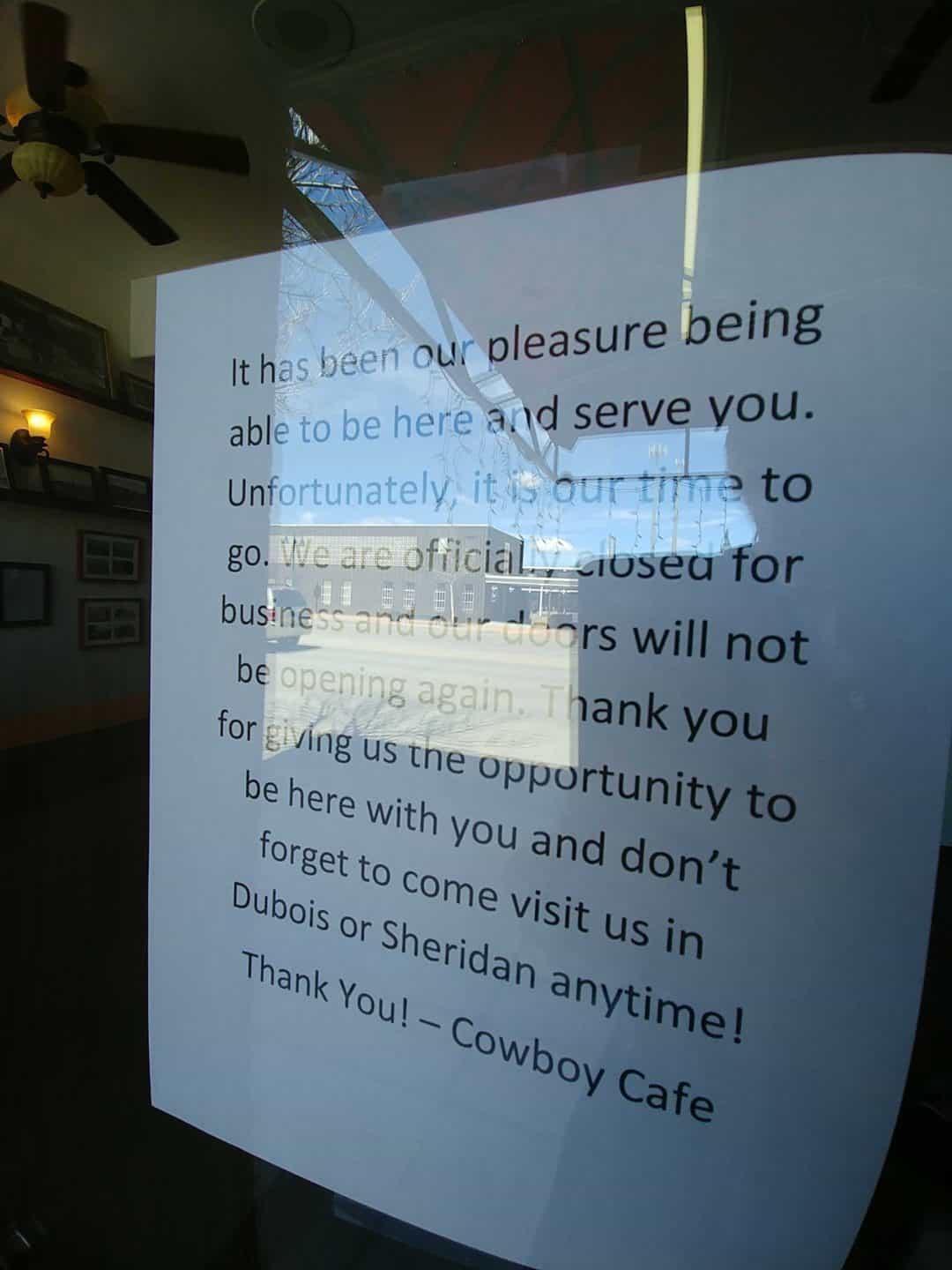