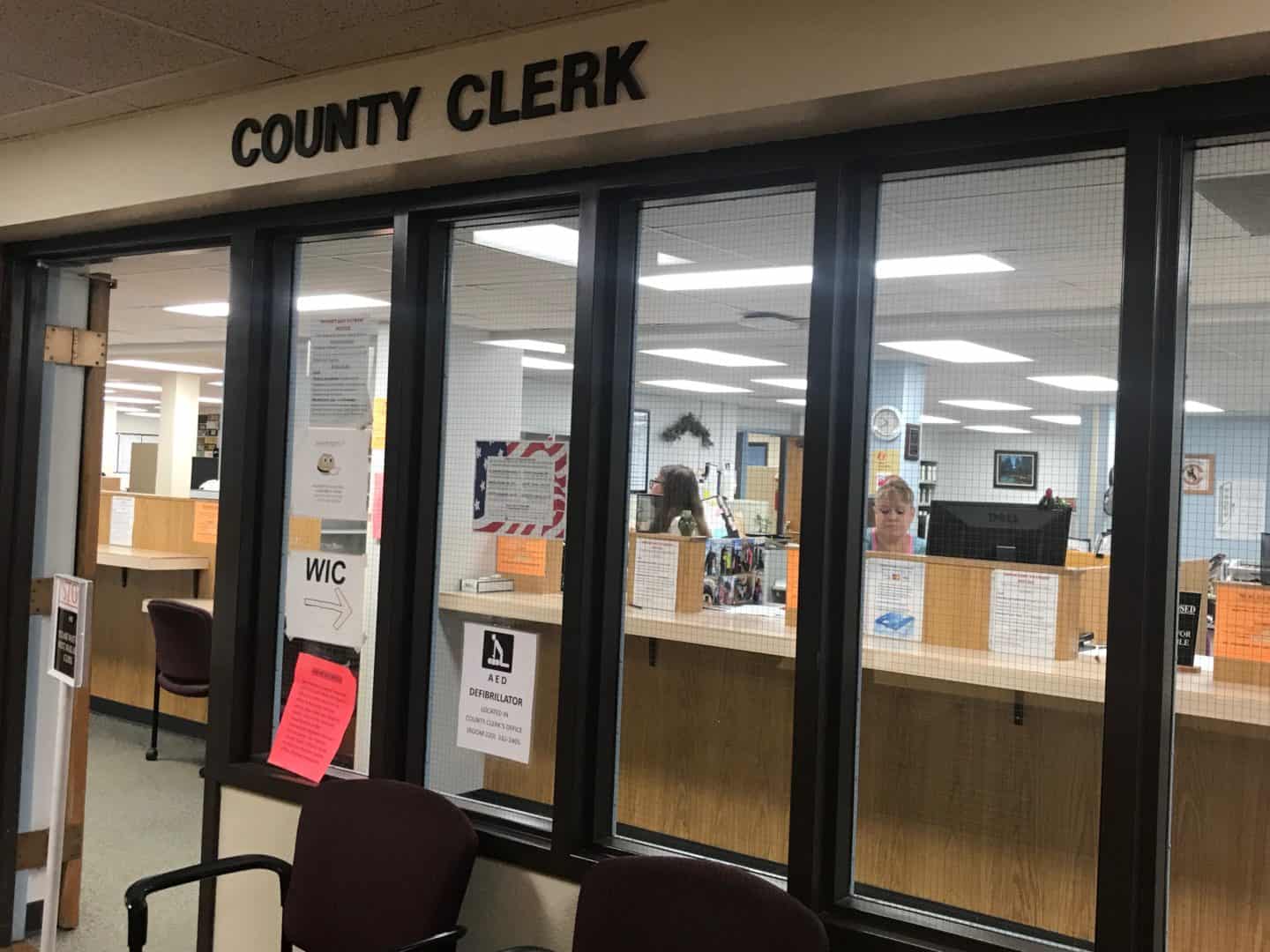 Fremont County Testing and Sealing of voting machines was held starting on Tuesday, July 26, 2022 at 9:00 a.m. and continued through Thursday, July 28, 2022 ending at noon.

The purpose of this exercise is to ensure voting equipment is performing correctly and that the results of the testing matches the expected outcomes of the test.

The testing was conducted by the County Clerk and 2 staff members as well as various Democratic and Republican party representatives who were there to assist with the testing and sealing of all voting equipment to be used at the Primary Election, August 16, 2022.

To begin, all machines had a zero tape printed out and was reviewed by representatives making sure all candidates started with 0.

Pre-marked ballots were tested to make sure all candidates received votes and that votes incremented correctly.

They also tested that 2 ballots could not go through the machines, blank ballots and over voted ballots were rejected for those reasons on the machine.

Express vote ballots were also tested for accuracy. The outcomes of 1036 ballots voted on each of the 18 voting booths were found to be accurate and met all of the criteria mentioned above.

At this time the USB media was removed and logged into the chain of custody logs and locked in a security bag which was then taken to the courthouse.

One set of “test decks” were also taken and processed through the DS450 (Central Count/Absentee) machine.

The USB media was returned to the security bag, locked and taken back to the election building.

At that building, the USB media was unlocked and placed by County Election staff into the correct machines.

Representatives (2 Republican and 2 Democrat) proceeded to view these results as the County Clerk read the expected outcomes.

Once those were approved, the machines again had zero tapes returning all candidate counters to zero.

These tapes and the DS200 screens were reviewed to be sure they were at zero and the protective counter numbers were recorded and approved by the representatives.

Seals were placed in all of the locations required by the County Clerk’s Association’s Best Practices Guide and those were compared to the sealing certificate. The machines were locked and sealed.

The certificate which was sent to the Secretary of State’s Office and placed on file in the County Clerk’s Election Office was finalized.

Following the election, 1 machine will be selected to perform the same testing process again per Wyoming Statute.

Another random post-election audit will be performed based on the request of the Secretary of State’s Office.

A representative of the Democratic and Republican parties will perform this function.

The ballots randomly chosen will be pulled up on one computer screen and the other screen
will have the results of how that randomly selected race on that ballot was voted by the voting machine.

County 10 does not endorse any political candidate and strictly separates news from advertising. To learn more about political advertising with County 10 or to submit election news, click here.