She is passionate about many important issues including the federal budget, upholding the Constitution, and representing the people of Wyoming.

“I want to represent them [Wyoming residents] in the best way; no matter what party they are in,” she shared with County 10.

Marissa first started thinking about running for Congress in late 2018 but thought that possibility would be a few election cycles away. In July 2020, she “felt something in the atmosphere shift” and decided it was time.

She is not new to government, and serving the communities she lives in. Up until her family moved to Riverton in April 2020, she was unanimously elected as the Town of Pavillion’s pro temp Mayor in February 2019. Prior to that, she had served on the Town’s Council since 2016.

Currently, she is the Chair of the City of Riverton’s EDGE Committee. She also owns a small business, the SweetHeart Brewing Co., which serves up kombucha at the farmer’s markets here in Fremont County.

Marrissa is looking forward to talking with folks all over Wyoming and hearing their opinions. “It’s their voice that matters.”

You can learn more about Marissa and her campaign at selvigforcongress.com and by visiting her Facebook page here. 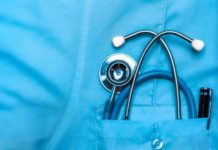