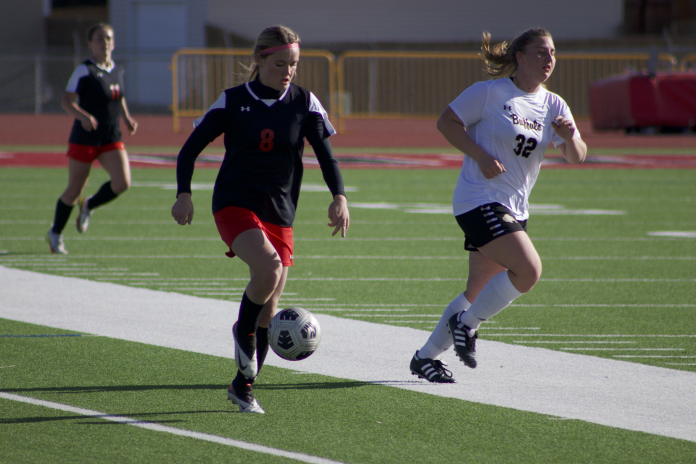 (Fremont County, WY) – Lander and Riverton soccer were both in action last night after most track meets in the state of Wyoming were canceled. Riverton would host Buffalo; while Lander would make the trip to Sublette County to take on Pinedale in a conference matchup.

In the girls contest, the Lady Tigers would take control winning against the Lady Wranglers with a final score of 6-0. The boys would have a similar performance winning 4-0. Lander will be on the road next Tuesday to take on a difficult Worland team. The boys game will be a top five match-up with Lander ranked fourth in Class 3A and Worland ranked number one in the latest WyoPreps Coaches and Media poll.

Riverton took on Buffalo in which both teams for Buffalo were ranked in the Wyopreps.com poll. Riverton, however, was ready to play. For the girls, Riverton was ranked third while Buffalo was fifth heading into the contest.

The Lady Wolverines defense prevented Buffalo from scoring. Riverton would come out of the top five matchup against the Bison winning 1-0. The boys game didn’t take long to see the first score of the night, with a goal in the first ten minutes of play. Riverton would hold a one score lead heading into halftime. In the second half, Riverton put the ball in the net twice to come out with a 3-0 victory over the Bison. Riverton will play at home next Friday against Rawlins at 4 p.m. for the girls and 6 p.m. for the boys.