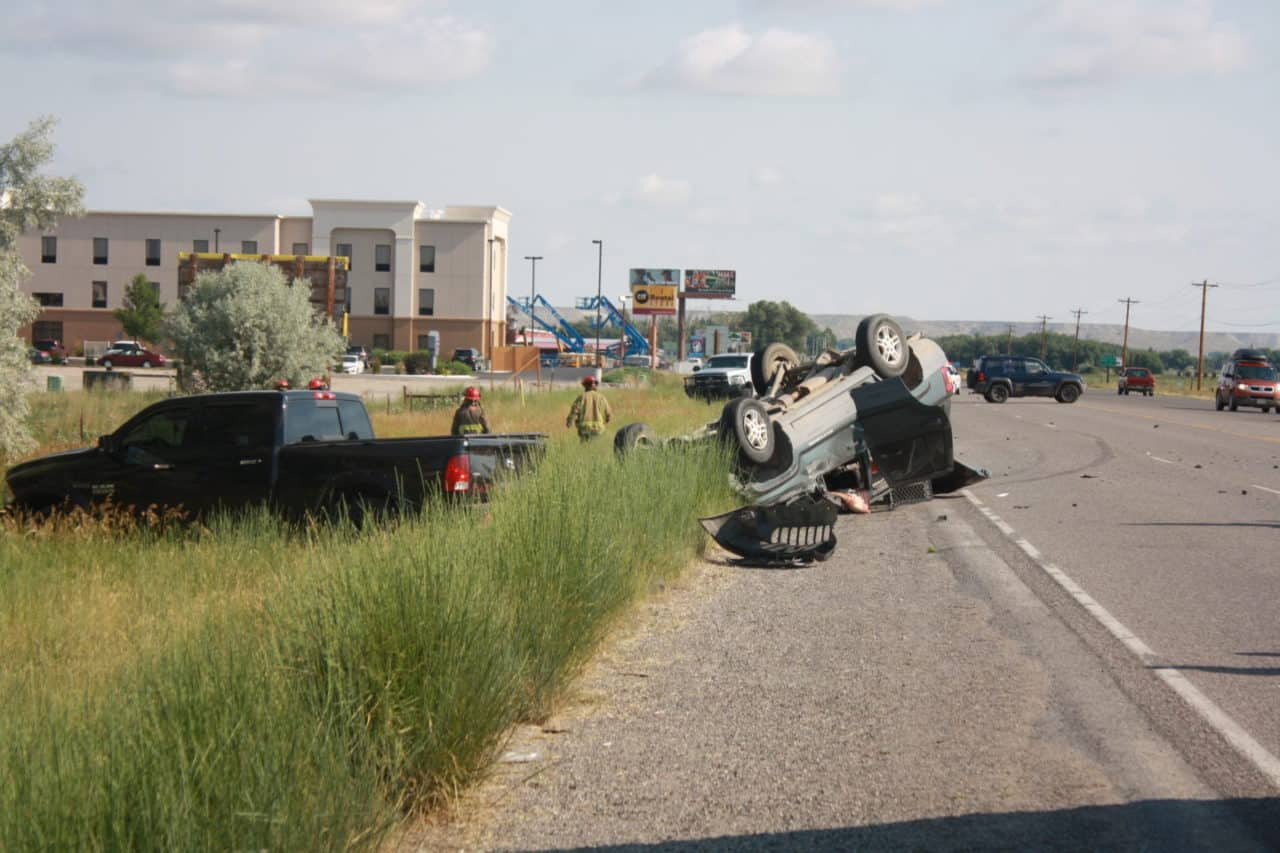 The Riverton Police Department, Fremont County Sheriff’s, Wyoming Highway Patrol, and several other emergency responders and firefighters were on scene. Scanner traffic reported some debate as to whether two or three vehicles were ultimately involved, however at roughly 9:30 a.m. there were two vehicles on scene.

A Jeep Grand Cherokee was left on its roof just off of the highway, while a Dodge Ram truck was on its wheels a few feet down an embankment.

The accident scene was roughly a quarter mile past the Riverton Burger King and Comfort Inn, in the southbound lanes of Highway 26. Traffic was delayed and diverted by authorities around the northbound lanes for roughly one hour.

Authorities are still investigating the scene and clean-up efforts are underway Thursday morning. Traffic is expected to see minor delays for a short time as crews are still working.

The extent of injuries is unknown at this time.