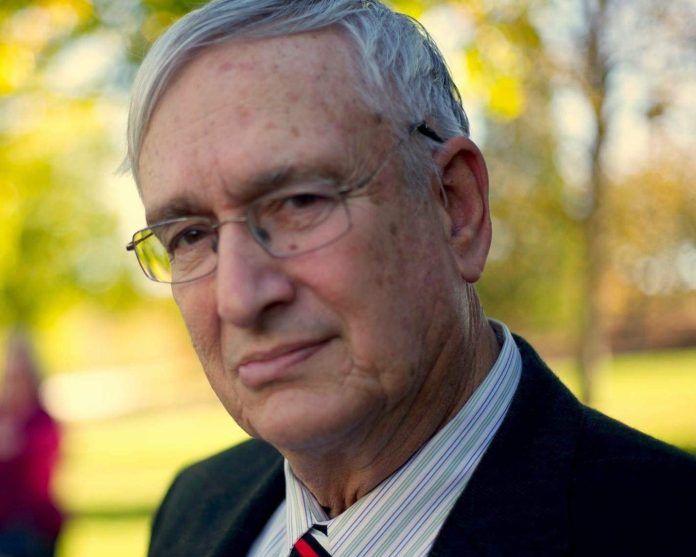 George Gilbert Wright, 84, passed away Wednesday February 2, 2022 in Mapleton, Utah. He was born June 26, 1937, in San Diego, California, to George Stanger and Marjorie Ruth Hatch Wright. George spent his childhood and youth in San Diego, and Chula Vista, California.  He met the love of his life, Jane Catherine Chatterton, at a dance in 1961. They were married in the Los Angeles LDS Temple on August 25, 1962. Jane preceded him in death on December 31, 2014.

George graduated from Chula Vista High School in 1955 and served an LDS mission in the Uruguyan Mission, serving in Uruguay and Paraguay from 1957-1960. He won the ping-pong championship on the boat to South America. He enlisted in the U.S. Marine Corps Reserves and served from 1960-1964 and one year in the Army Reserves. He carried his love for the Marine Corps throughout his entire life. He received a BS in Animal Husbandry from BYU in 1963. He and Janie then moved to El Centro, California, where he began his career as a cattle buyer, working at his father’s meat packing plant in National City, California. George received his pilot’s license and flew the plane around the state purchasing cattle from feed lots for the business. He, his brother and his father worked side by side until the tragic death of his brother (1969) and the sale of the plant in 1978. By then, the Wright family had grown to six children and had lived in El Cajon and Chula Vista, California. A farm was purchased in Mapleton, Utah, with close friends, and they left California. A seventh child was born after moving to Utah. George used his vast knowledge to do many things, which included fruit farming, land developing; he put in a complicated pressurized irrigation system, golf course architecture business with his dear friend, Billy Casper, owning a Mexican Restaurant-being a chief cook, and eventually working at Riverton Regional Airport in Riverton, Wyoming, as a first responder-firefighter, and in runway security and maintenance. In his retirement years, George was the number one fan and supporter of his son, Matt’s, project to have a skate park built in Riverton, Wyoming, where he, Jane and Matt moved in 2002. They wanted to provide a safe place for the youth of the community to enjoy some outdoor recreation and he helped it happen. He spent countless hours helping Matt and just hanging out at the new skate park watching the kids have fun. George decided to open a skateboard making shop in his garage called “Jorge’s Board Shack”.

George and Jane loved to travel and visited many states, including Hawaii, and visited several international locations including the Caribbean, Morocco, the Holy Land, and Europe. They loved diving and fishing with friends in Mexico and taking family vacations. They were both scuba divers and explored some beautiful places. George really enjoyed being a licensed scuba instructor, including teaching rescue diving. He loved to slalom waterski in his younger years, snow ski, play golf, and fly fish with his buddy, Will. He once caught a 26 pound Steelhead Trout with a fly in British Columbia. He absolutely loved dogs and had several Springer Spaniels and Golden Retrievers. He loved to read. He had an incredible sense of humor and loved life. He loved his family. He absolutely loved rescuing people in trouble. Whether it was pulling cars out of ditches, taking gas cans to stranded motorists, or snow plowing driveways—he was there. He invited several people to live in his home when they needed a place. He knew how to love. Unconditionally. He was faithful and loyal. He loved his Savior, Jesus Christ. He was a devout member of the Church of Jesus Christ of Latter-day Saints. He served several times as Elder’s Quorum President. He served as the first bishop of the Mapleton 3rd Ward. He served on high councils at BYU and in the Mapleton Utah Stake and as a counselor in the Mapleton Utah Stake Presidency. He served as a Branch President at the Missionary Training Center in Provo, Utah. He served as a worker at the Provo LDS Temple.

In lieu of flowers, please hug your family and be a rescuer. A donation would be appreciated to a couple causes close to George’s heart. In honor of his precious granddaughter, Elinor, consider donating to the International Rett Syndrome Foundation at www.rettsyndrome.org. Or to help underserved youth in Wyoming to enjoy skateboarding and snowboarding by contributing to Carving the Future at www.carvingthefuture.com. Thank you.

Nancy – A Friend To So Many