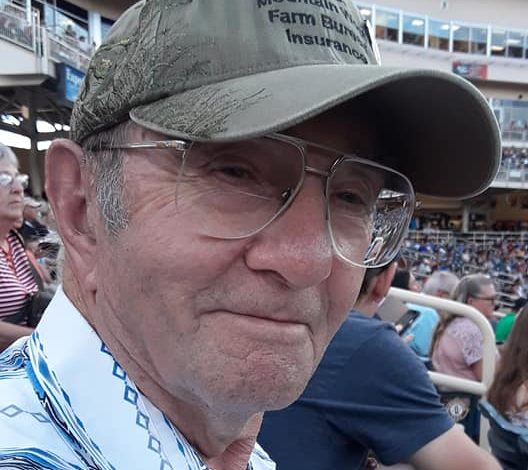 Darrell Wayne Richardson, 77, of Lander Wyoming died on November 23, 2020. A graveside service will be held at 1:00 on Tuesday, December 1st at Mount Hope Cemetery in Lander. Visitation will be held from 11:00 – 1:00 preceding the service on Tuesday at Hudson’s Funeral Home, 680 Mount Hope Drive, Lander, Wyoming. For those not comfortable attending the graveside service due to COVID, a gathering will be planned this summer to celebrate Darrell’s life.

Darrell was born in Riverton, WY on November 4, 1943 to Charles and Helen (Weber) Richardson, the fifth of five children. He was baptized at the Episcopal Church in Crowheart where he grew up. Darrell attended the Crowheart School through 8th grade and graduated from Dubois High School in 1962. He enlisted in the U.S. Navy with his older brother Chuck (Sonny). Darrell was in the Navy four years as a Machinist’s Mate. While enlisted, he was in Vietnam, Japan, Hawaii and elsewhere. They were on the USS Monticello (LSD-35).

After honorable discharge from the U.S. Navy, Darrell was employed with the Wyoming Game & Fish for several years. He worked in the oil fields and then became a heavy equipment operator in the mines in Nevada and Wyoming. After retiring, he started his own business, Carved in Stone.

Darrell was a caring and dedicated man who never forgot a birthday. He was a devoted family man who loved with all his heart. Whenever he talked about his children or grandchildren his eyes lit up. His love of baseball, especially the Colorado Rockies, and his passion for geology was well known to anyone he spent more than five minutes with. His compassion and gentle nature will be greatly missed.

Darrell was preceded in death by his parents, his bothers Chuck and John, his sister Mary Ellen and a granddaughter Erin.

In lieu of flowers you may make a donation to a cancer foundation of your choice.