A talented group of Fremont County teen artists, photographers and writers are featured in the new edition of The Batch: Teen Creative Journal.

“Llama in the Cirque” by Lander photographer Skyler Woodruff was chosen as the cover for the journal, which includes pieces from 13 Fremont County creatives.

“The goal of The Batch is to encourage the efforts of our community’s young creatives by showcasing their work in a high-quality print publication provided free to the public,” says founder and publisher Chase McFadden.

Lander artist Li Platz’s striking piece “Lemonade” served as the cover for the first Fremont County edition, and she has noticed a heightened awareness of teen art by the community.

“Since the first issue was published, I’ve had countless people in Lander ask me about pieces I’m planning next or my creative inspirations,” Platz shares. “For me, these conversations truly deepen the value of the arts beyond class assignments or personal projects.

“The Batch not only allowed me and other young creatives to see our work in a professional publication but managed to bridge the gap between our passions and the broader community.”

The journal started in Sheridan County in 2017. McFadden approached the executive director of the Homer A. and Mildred S. Scott Foundation — a philanthropic foundation committed to community enrichment — and pitched his vision of sharing teens’ artistic endeavors with a larger audience.

“Jenny Craft was very excited about the potential for the project,” McFadden says of the director’s response. “The Scott Foundation committed to supporting it financially, and has to this day.” A fourth edition of The Batch for Sheridan County published in October 2019.

The first edition of The Batch for Fremont County published in August 2019. After nearly 20 years in Sheridan, McFadden and his family — he and wife Stacie both grew up in Riverton — relocated to Lander in the summer of 2018. He immediately began seeking out contacts and making connections to establish the magazine in this area, as well.

“I knew from the moment we decided to make the move that The Batch would launch in Fremont County, ” McFadden says. “These are communities that rally around their youth. Projects like The Batch will be supported.”

A key component to the success of the magazine is seeking financial backing so The Batch is free, explains McFadden. “Getting as many eyes as possible on these young people’s work is the goal, and keeping the magazine free-of-charge gets more eyes.”

Soon after the move to Fremont County, McFadden met Rebecca Eggli, executive director of Promoting Arts in Lander Schools. The organization pledged to help print the magazine and provide promotional support. In addition to generous donations from community members to a Kickstarter campaign, “the financial commitment of PALS got the first edition out there,” McFadden says.

A former secondary language arts teacher, McFadden experienced first-hand the power of teens’ words and felt they needed to be shared.

“The students I taught planted the seed for this idea,” says McFadden. “I’d look at stories, poems, personal narratives, essays from these writers and realize I was probably the only person reading their words, me and maybe their families.”

A professional writer, McFadden feels that it was the encouragement he received from a teacher that provided the impetus to move forward with his craft. “Chris Watne convinced me that I was truly a writer,” he says of the longtime English instructor at Riverton High School. “When I was a senior, she allowed me to play with language, try on the styles of some of my favorite writers like Pat McManus and Dave Barry, explore my voice. She believed in my abilities more than I did.”

“I saw this publication as an opportunity for young writers to gain confidence in their own abilities by sharing their voices.”

Although originally conceived as a publishing platform solely for teen writing, adding art and photography to the publication was a logical decision, according to McFadden.

“Growing opportunities to recognize all of our young creatives is important,” McFadden says. “Their talents can go unnoticed and underappreciated.

“Athletics get a great deal of community support, and should. Those are our kids. This certainly isn’t about lessening the amount of recognition for the accomplishments of the young people involved in those activities,” he explains.

“This is about increasing awareness of the positive contributions other young people make to our community. Attitudes towards teens can skew negative, but there is so much that our kids are doing right, and it’s important to let them know that we see them and appreciate who they are and what they’re doing.

“Any manner in which we can celebrate our young people and acknowledge their passions — whatever they may be — is a win for our entire community,” McFadden adds.

The first edition of The Batch included pieces from Fort Washakie and Lander teens, as well as a short story by Riverton writer Jaycie Schneider, winner of the Fremont County Library System teen creative writing contest.

To provide an opportunity for more teen creatives to be published, two separate editions of the magazine will now print. The Batch for Southern Fremont County will showcase the talents of teens from Lander and the Wind River Reservation. Artists, photographers and writers from the Dubois, Pavillion, Riverton and Shoshoni areas will be featured in The Batch for Northern Fremont County.

Currently, there are only a few submissions from communities in the northern Fremont County region, not enough to publish an edition. McFadden encourages teens to move past their hesitations and submit. “It takes courage to share your art and your words. Putting yourself out there is an opportunity for growth.”

Not all submitted pieces are included in the published editions, but McFadden believes there is value in having one’s work passed on, as well. “My writing has been rejected plenty of times,” he shares. “It’s part of being a creative, it’s a part of life in general. But whether you’re published or not, you’ll be better for taking the chance.”

The magazine’s social media presence offers another opportunity to be published, says McFadden, as submissions are shared on those platforms, as well. “The number of followers continues to increase, which is exciting. It’s just more eyes on our contributors’ work.”

There is also a Patreon page where individuals can securely make donations to help with production and printing of the magazine. “Financing is always a consideration with a project like this,” McFadden says. “I understand that money is tight for some — particularly in our current climate — and there are lots of worthwhile organizations and causes seeking dollars.

“If people aren’t in a position to contribute now, hopefully they’ll consider it down the road when things straighten out a bit.”

Any entity interested in a corporate sponsorship is invited to reach out, as well.

“I do believe it offers an opportunity for a healthy return on investment,” McFadden says. “There is both a tangible product and an intrinsic value in knowing that you’ve helped to further opportunities for young creatives to explore their voices and share their gifts with the community.”

If you would like to receive a copy of The Batch by mail, contact McFadden at batchwyoming@gmail.com or (307)751-1002. 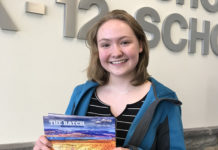 2 new issues of The Batch: Teen Creative Journal published for... 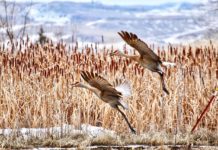