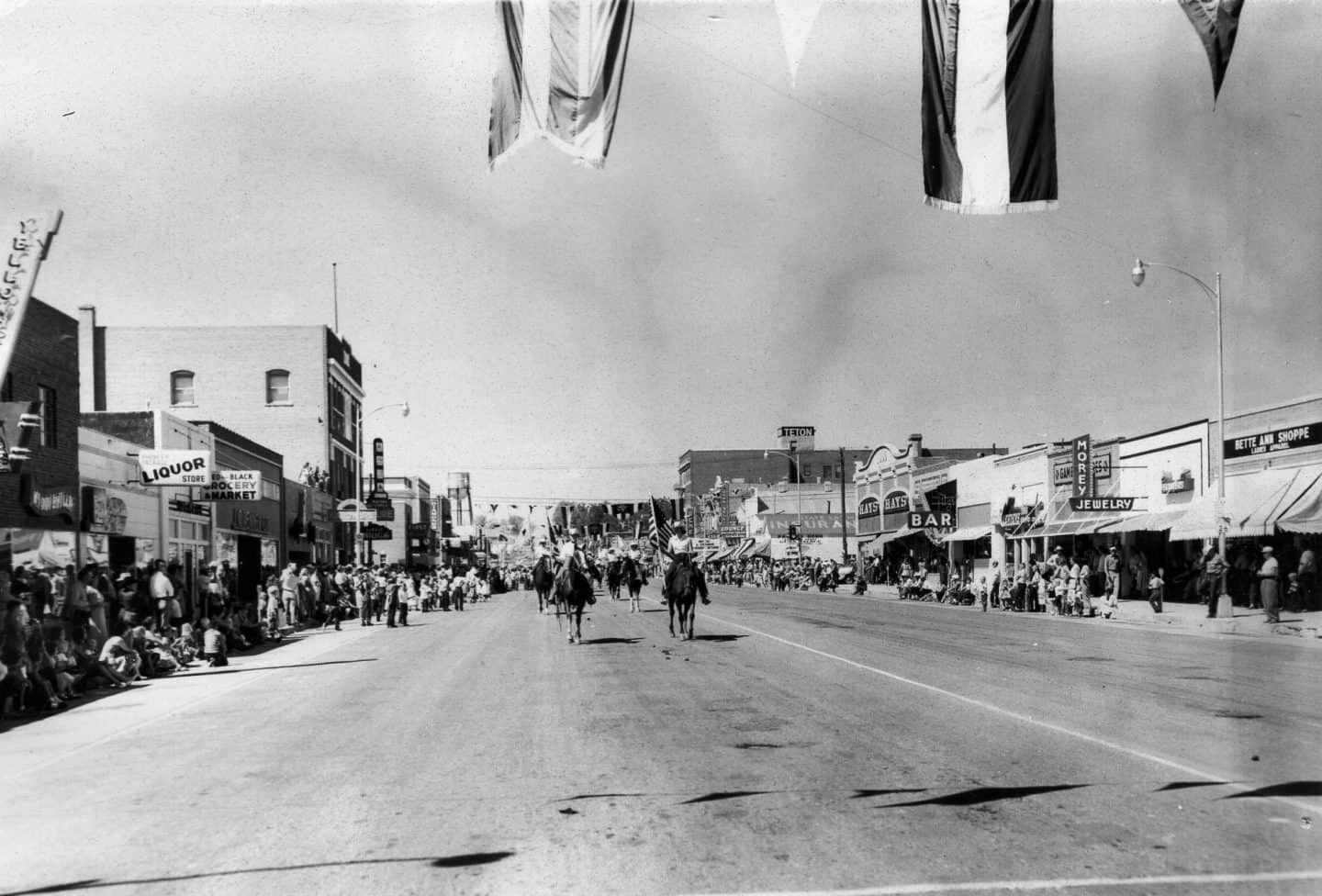 The Town of Riverton celebrated her 50th anniversary in 1956 with a flourish. It had been a full 50 years after the opening of the Wind River Indian Reservation for settlement after the Chicago Northwestern Railway pushed tracks northwest from Casper to Lander. Riverton was one of the train stops that the Chicago Northwestern railroad anticipated being built. Riverton continued to have their anniversary celebration every ten years and their 50th year had cause for much celebration.

The 50th anniversary celebration was advertised well beyond Fremont County, and through the state of Wyoming. The information that has survived the years listed a partial schedule of events that ran for 4 days, ending on a Saturday evening. A parade re-enacting the land rush during Riverton’s early days, street dancing with Arapaho tribe members in full regalia, several street events that included show horse teams, shooting matches, fiddling contests; a founders banquet, a professional stage show dance, horse races, a second parade, and Uranium tours. The celebration ended the last part of their celebration with a public dance in the evening with Square, Round, Native American and ballroom dancing.

Parades have always been a big hit with the Riverton community, and to this day everyone enjoys a parade whether in celebration of Riverton’s birth or another significant event. Floats that hail back to some of Riverton’s earlier years are seen during the earlier parades in Riverton’s history. It was not unusual to see floats or push hand-carts that highlight businesses that had an impact on the town of Riverton and continued to progress over the years.

September 8th, 10am at the Pioneer Museum, “Hudson Coal Mine Trek”