(Riverton, WY) – 48-year-old Rebecca Milleson, aka Rebecca Hatcher, is facing a felony aggregate theft charge after reportedly taking over $34,000 from the Town of Pavillion.

Milleson, the town clerk, admitted to Pavillion’s mayor that she took the money and paid the full amount back at the end of January, according to court documents.

On January 27th, a local bank notified the Fremont County Sheriff’s Office about “a number of fraudulent charges” made against the Town of Pavillion’s checking account.

The total amount of fraudulent gains was $34,399.67, according to court documents. This amount was paid back to the Town of Pavillion’s account on January 29th, 2021.

She faces an aggregate theft charge for knowingly taking or exercising control over the property of another person, valued at more than $1,000, without authorization, with intent to deprive them of use or benefit of the property.

Milleson had an initial court appearance on Tuesday, February 16th. Her preliminary hearing has been scheduled in Riverton’s Circuit Court on March 10th, 2021. 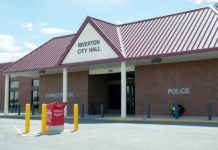 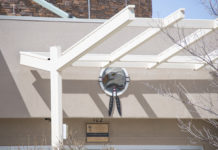 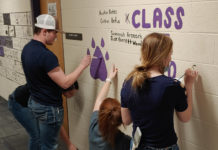