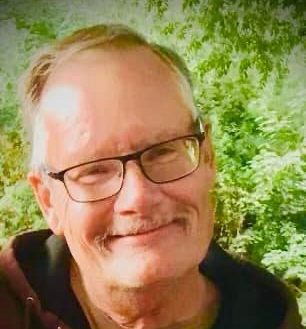 Larry Hartwell a beloved father, grandpa and son passed away peacefully and surrounded by his children on Monday January 10, 2022 to go to his eternal resting place. Larry was born February 18, 1953 in Pamona, California.

Larry is predeceased by his father Milton Hartwell and by his mother Barbara Hartwell. Larry is survived and lovingly remembered by his ex-spouse Janice Hartwell, his two children Brandon Hartwell and Kayla Hartwell-Fisher and her spouse Johnathon Fisher. Larry is also survived by four grandchildren, Jayden Charles Johnson, George Milton Johnson, Kaiden Fisher and Aubrey Fisher.
Larry fought hard to be alive and received his gift of life in 2007 with a heart transplant. Even through complications and hardships his unique and loving personality always shone through. Larry had a new perspective on life and what it meant and gained a love to give. Because of his opportunity to receive his new heart Larry was a big supporter for organ donation. Larry was an advocate for Donor Alliance and donated often. Larry also participated in the annual Donor Dash in Casper, Wyoming every year with family and friends. Larry is also known to bring bags of pet food to local pet shelters as well as donating frequently to the Ronald McDonald House Charities of the Intermountain area in Utah. Larry always helped whenever he could and wherever he could. Larry worked at the California Edison Company in Hemet, California. Larry then moved to Wyoming in 1996 where he later retired in the spring of 2020 from the Fremont County School District 25 in Riverton, Wyoming. Larry enjoyed helping others, he lived up to his last name by having a big heart. Larry also had a passion for camping and exploring new places. Some of Larry’s best memories were camping with life long friends, his children and taking his grandchildren on camping adventures. Alongside traveling, Larry also enjoyed exploring new ATV trails with his dog Daisy and friends. Larry thoroughly enjoyed tinkering in his shop. With his creativity and ambition he could fix anything. Above all else Larry was a devoted father and papa. Larry is remembered by his kind and generous nature. Larry’s legacy will always be his great mixture of his fun, loving and witty personality. He was always kind and a genuine great man who didn’t have a mean bone in his body. Family always came first and you could spot him anywhere in a room when he smiled. Larry had a love for learning and was always eager at every chance that presented itself with a new opportunity for him to learn something new. He will be very deeply missed by his family, friends and all of those who were lucky enough to get to know him. He is the guy with the incredibly big heart and will always be remembered as such.

Services will be determined at a later date. Donations can be made to some of Larry’s favorite charities in Larry’s name: Wyoming Donate Life donatelifewyoming.org; The Ronald McDonald House Charities of the Intermountain Area rmhcslc.org; Donor advocacy and volunteering donoralliance.org; Donations are also appreciated for memorial expenses through the families donation page: https://gofund.me/c50577ca. Memorials and condolences may be sent in care of Gillette Memorial Chapel 210 West 5th Street, Gillette, WY 82716. Condolences may also expressed at www.gillettememorialchapel.com