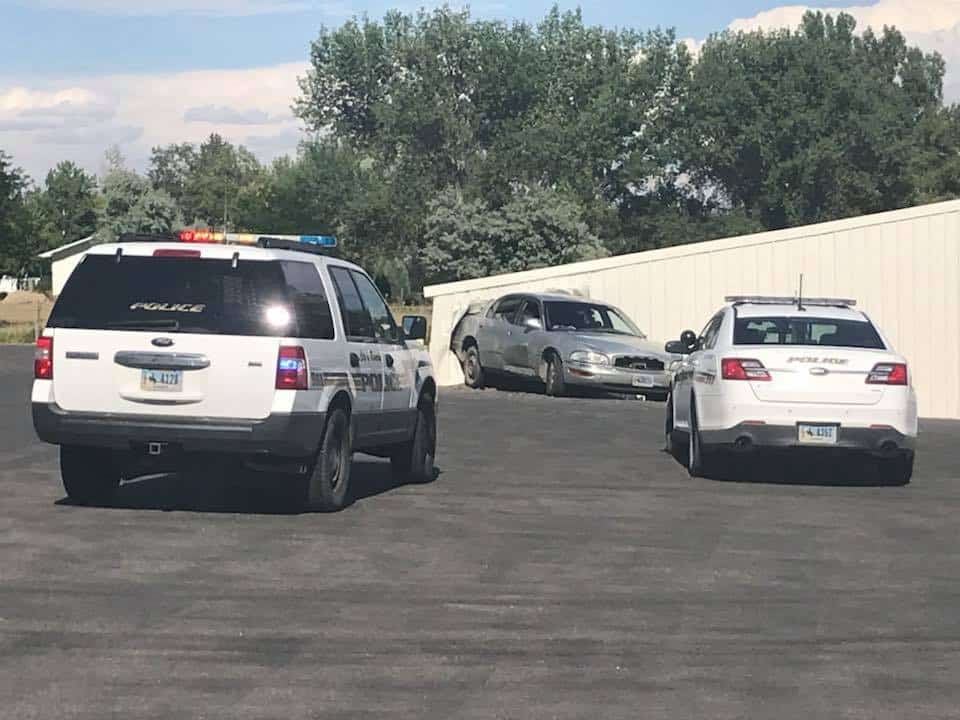 At 4:46 p.m. Monday evening, both the Fremont County Sheriff’s Department and Riverton Police Department responded to a call referencing a vehicle that ran into a building.

The crash occurred on the east side of the U.S. Energy building parking lot in Riverton. A four-door car had slammed into a shed-like building in reverse.

An anonymous witness on the scene explained he had seen the vehicle driving “erratically” through the parking lot prior to the accident, including almost driving through a blocked-off newly paved section of parking lot. He explained the vehicle made an abrupt stop at one point, and then traveled at a high rate of speed in reverse until the car hit the building.

The driver, a 37-year-old Riverton man, was arrested at the crash site for Driving Under the Influence.

This crash remains under investigation by the Riverton Police Department.