The man’s death is under investigation with the FCSO and Fremont County Coroner, according to the report. However, no foul play is suspected as it appears he fell off of a horse.

No other information has been released at this time. County 10 will keep you updated as information is shared by local authorities. 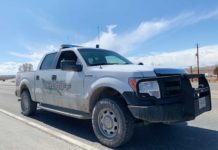