52-year-old Rodrick Dow Craythorn, of Syracuse, Utah entered pleas of guilty to charges of excavating or trafficking in archeological resources, and injury or depredation to United States property in U.S. District Court on January 4th, 2021, according to a January 5th press release.

He was indicted by a federal grand jury on September 16th, 2020. The indictment alleged that Craythorn was found digging in the Fort Yellowstone Cemetery between October 1, 2019 and May 24, 2020 inside Yellowstone National Park while looking for the treasure buried by Forrest Fenn. By pleading guilty Craythorn admits he is, in fact, guilty of the crimes charged.

“The hunt for the Forrest Fenn treasure was often viewed as a harmless diversion, but in this case it led to substantial damage to important public resources,” said US Attorney Mark Klaassen. “The Defendant let his quest for discovery override respect for the law.” 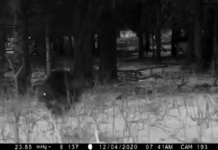 One of Yellowstone’s rarest mammals captured on video 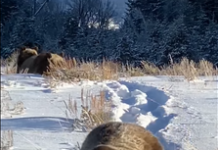 Famous Wyoming grizzly “399” and her cubs filmed up close 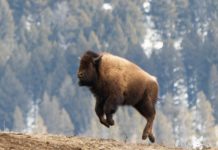