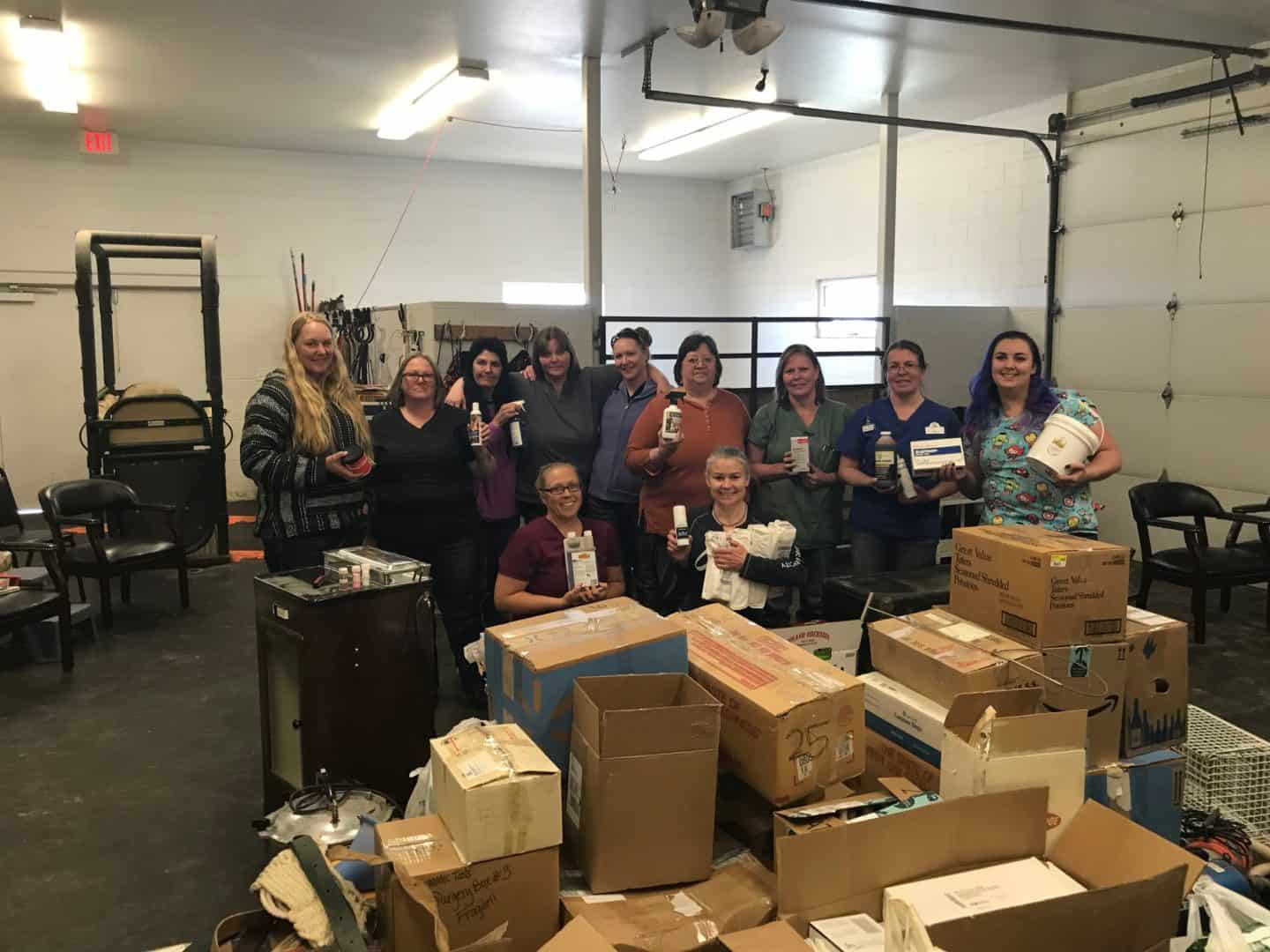 More than 70% of Nebraska’s 93 counties have declared a state of emergency after seeing devastating flooding.

The “bomb cyclone” winter storm mixed with a rapid warm-up saw many of the state’s rivers rise dramatically and quickly.

3 people have been killed in Nebraska and Iowa due to the flooding, and the cost of the total damage has now surpassed $1.3 billion. Estimates show that roughly 3,000 structures including homes and businesses were damaged or destroyed by the flooding.

Farms and ranches are plentiful in the ag-driven state. The blizzard-like conditions followed by floods have created catastrophic results for many land-owners.

Nebraska veterinary clinics and relief centers are now in desperate need of help with livestock, horses, and even household pets that have been affected by the conditions. Veterinarians are especially asking for help treating “rain rot,” a serious skin condition.

One relief center located in Spencer, Nebraska, population 455, was apparently in serious need of supplies this week. They asked many clinics from neighboring states for help with things like antibiotics, brushes, bandages, and anti-inflammatory medicine.

It was Fremont County to the rescue.

The Stock Doc, located in Riverton received the supply request and immediately began gathering and collecting donations. A message on their Facebook page was sent Tuesday, and by Wednesday, many of their needs were met. In less than 24 hours, dozens of folks had helped with supplies. Stock Doc employees, local ranchers, and even folks without livestock of their own found themselves purchasing and dropping off supplies.

Yesterday, the Stock Doc posted that many of the supplies needed were collected, but a few specific things remained.

The team announced they’ll plan to send another shipment of supplies out on Friday.

Additionally, there’s a good chance we’ve missed or not yet discovered other Fremont County efforts to help our neighbors in need. If you know of another effort, please get in touch with us: jerrad@county10.com