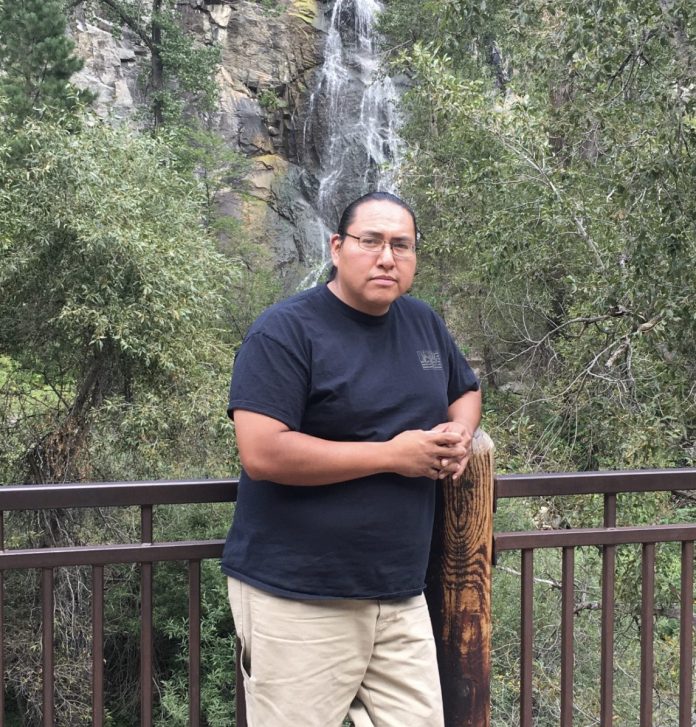 Weldon Dale Moss II, of Gillette Wyoming , made his journey while surrounded by friends and family on February 21st, 2022 at the age of 37.

An all-night wake service will be held at Rosella Moss’ residence (156 Left Hand Ditch Rd in Arapahoe) on Friday February 25th, 2022 all are welcomed to bring a dish. Traditional services at 11 pm at Davis Funeral Home in Riverton with a feast to follow and a memorial send off afterwards at Friday Cemetery next to his father Kendall Moss Sr. At his request cremation will take place.

Late in the day of May 17th 1984, Weldon Dale Moss II was welcomed into the world by the late Kendall Moss Sr. and Rachel Brown at Bishop Randall Hospital in Lander, Wyoming. Bo’ooeet – Red Sky was given to him by his late grandfather Thomas Brown Sr..

He attended the head start program in St. Michael’s Mission and Wyoming Indian Schools. He studied various classes at Central Wyoming College related to auto technology. But school was not his thing.

Weldon Dale made his home in Gillette, WY the last six years with his children and their mother. His life in Gillette was full of adventure. Dale took his family on may trips to South Dakota and enjoyed his slots, where he sometimes lucked out. But mostly not! You could find him and his family soaking in the waters of Keyhole State Park all summer long.

“Oh Martha, oh Christmas” was his favorite movie quote. He loved to tease his sister-in-law, CONSTANTLY! Everybody who knew him, knew him for his extensive movie quotes and jokes…even though some of them were older than him. You could find him asking the same old, dumb joke of “why did the chicken cross the road?” And the reply always was “To get to the other side.”

His work history included, derrick hand, line cook, snow removal, just name a few. No matter the job title, he always worked hard… He made the money. The money didn’t made him.

Aside from being born, going to school and having a crazy work life, his number 1 was his family. Among some of the thing he enjoyed were, first and fore most music which was part of his everyday life. When he found time he would enjoy a movie, go for cruise, be a pool shark, BBQ, smoke & cure meat, taking his family fishing or going to the park to play baseball with his kids.

Services are in the direction of the Davis Funeral Home and Crematory in Riverton WY.