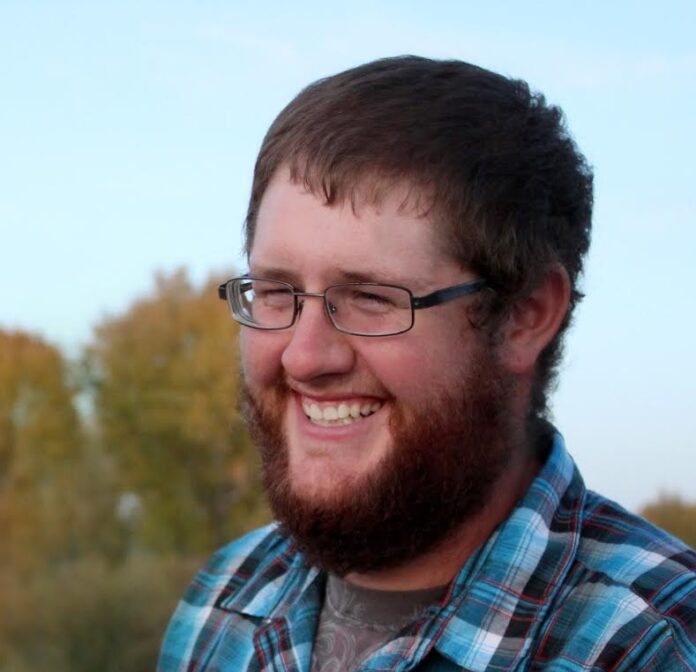 Tyeler Harris, resident of Saratoga, Wyoming, passed away on December 21, 2022 in the line of duty at the age of 29.

He was born in Laramie, Wyoming on April 15, 1993 to Kathie and Jason Harris. His family lived overseas for 4 years while his father served in the military. They returned to Wyoming where he lived until his passing. Tyeler grew up in and around Riverton. While attending Riverton High School, he met the love of his life his junior year and graduated in 2012. After graduation, he attended Central Wyoming College on scholarship for his talents in theater and choir. In April of 2013 Tyeler and Ashley got engaged and in December 2013 welcomed their first son, Noah, into the world. While going to school at CWC, Tyeler worked as campus security and graduated with an Associate’s degree in Criminal Justice and an AA in General Studies in the spring of 2015. On October 5th, 2015 Tyeler and Ashley were married in Lander. In June of 2016 they welcomed their second son, Elijah. After their second son’s birth, the family moved to Laramie so both Tyeler and Ashley could continue their education. Throughout their schooling, Tyeler worked a variety of jobs ensure that his boys and wife were provided for. Tyeler and Ashley welcomed their third son, Jonah, in June of 2019. After helping a man in need while at dinner one night, Tyeler discovered his true calling and decided to pursue EMS. Tyeler worked full time, took care of his three boys, and took his EMT-Basic class all at the same time. In July of 2021 the family moved to Saratoga. Tyeler quickly joined the South Central Wyoming EMS service as a volunteer. Then in November of 2021 Tyeler became an EMT/ ER Technician at Memorial Hospital of Carbon County. He was studying for the final exam to become an EMT-Advanced at the time of his passing.

Tyeler loved his wife and three boys. His family was everything and he always tried to stay connected to out of town family. An all-around country boy, Tyeler loved his guns, fishing, camping, and hunting with his grandparents, father, and boys. He combined his passions with his parenting style and wanted to raise his boys to love God and respect the land and people He created. Every lesson Tyeler tried to teach his boys involved working hard for what you get, and helping those in need. Working as an EMT, Tyeler saw people at their most vulnerable, but would always have a smile on his face and offer a shoulder to cry on. He never met a stranger that he didn’t connect with and always had to have people laughing either through his jokes or crazy accents. Although Tyeler left the arts in college, you could always hear him singing in the shower. He also had a million art projects going on around the house.

Tyeler brought the energy to the room with his booming laugh and contagious smile. He will be missed dearly by his wife Ashley and three boys Noah, Elijah, and Jonah, his parents Jason and Kathie, sister Sharrayah, brother in law Will and nephew Samuel, his parents-in-law Brandi and David, sister-in-law Alyssia and brother-in-law Hazer, all of his grandparents Kirk, Diana, LaRena, Kathy and many, many cousins, aunts, and uncles.

A Celebration of Tyeler’s life will be held on Sunday, January 15, 2023 at 1:00 PM at the Central Wyoming College Auditorium in Riverton. A reception will follow in the gallery outside the auditorium.

The service in Riverton will be live streamed by Casada Funeral Home & Crematory. Please us this link to view his service. https://client.tribucast.com/tcid/6560594733

For those not able to travel to Riverton, arrangements have been made to do a live stream of the service which will be available for the public at the Platte Valley Community Center in Saratoga.

To order memorial trees or send flowers to the family in memory of Tyeler K. Harris, please visit our flower store.