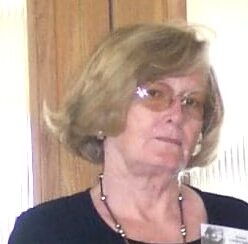 Joan Patricia Albright was born in Portland, Oregon on October 17th, 1939 to William and Mildred ( Davies ) Albright. She had one sidling, a twin brother. When Joan was a baby, her family moved to Lander . Joan graduated from FCVHS in May 1957 . Shortly after graduation she married Leo Seely on May 18th 1957 . Together they had two sons and one daughter . Joan enjoyed playing bridge, rock hunting and going to yard sales . She loved to travel.

She was preceded in death by her parents and brother , Johnny Albright.

Memorials may be made to Community Entry Services in Lander in care of Hudson’s Funeral Home , 680 Mount Hope Drive, Lander , WY 82520.

On line condolences may be made at www.hudsonsfh.com .

Arrangements under the direction of Hudson’s Funeral Home .