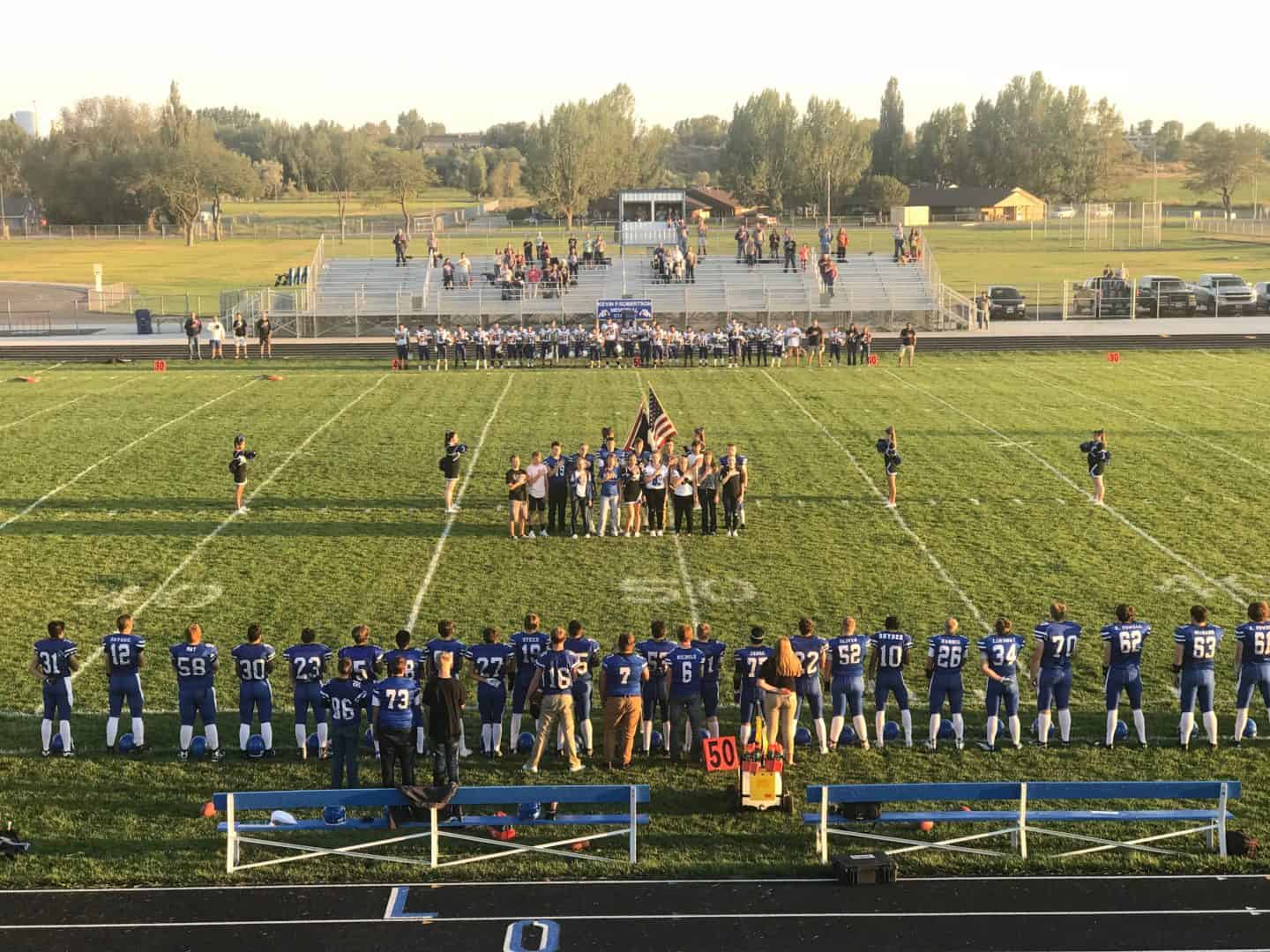 (Lovell, Wyo.) – It was an historic night on two counts for the Wind River Cougars Friday at Kevin P. Robinson Memorial Stadium in Lovell. First, Wind River defeated Lovell 18-7 for its first ever win over the Bulldogs in nine tries. Secondly, the game was the first for Lovell’s Jeny Gardner, the state’s first female head coach of a football program. The Cougars spoiled her head coaching debut.

Wind River used its swarming defense to shut down the Bulldogs, who unofficially only had 22 rushing yards on the night while the Cougar’s running game produced 246 yards and three scores. Wind River added another 54 yards through the air for an unofficial game total of 300 yards. Wind River’s defense held Lovell to a total of only 39 yards of total offense through almost the entire game until the Bulldog’s last possession, in which passes of 33 and 35 yards boosted Lovell’s yardage to 107 for the game.

The Cougars got on the board first on a 51 yard jet sweep to the left by Kage Vogel, who broke three tackles before hitting paydirt. The two point conversion failed. Lovell’s only points came from its defense, on a 16-yard pick-six by by Jacob Grant and, with the point after, it gave the Bulldogs a 7-6 lead going into halftime.

The Cougars regained the lead on a four-yard rush by Vogel for his second score of the game to go  up 12-7. A PAT kick was good, but Wind River was flagged for a five yard penalty and the next try went wide. Wind River salted the game away in the fourth quarter when quarterback Morgan Miller raced around the right end on a 41 yard scamper to increase the Cougars lead to the final margin.

Jaren Guina rushed 19 times for 86 yards for Wind River while Miller added 72 yards on 11 carries. Vogel had 7 carries for 64 yards and Jereko Martinez had six carries for 24 yards. Vogel was also the Cougar’s top receiver for the night, hauling in four passes for 44 yards.

Here are Friday’s football football scores from around the county

Wind River 18, Lovell 7 (Cougars first win ever over Lovell in nine tries comes on the road)