Yellowstone bison-harasser gets jail time; Banned from park for 5 years 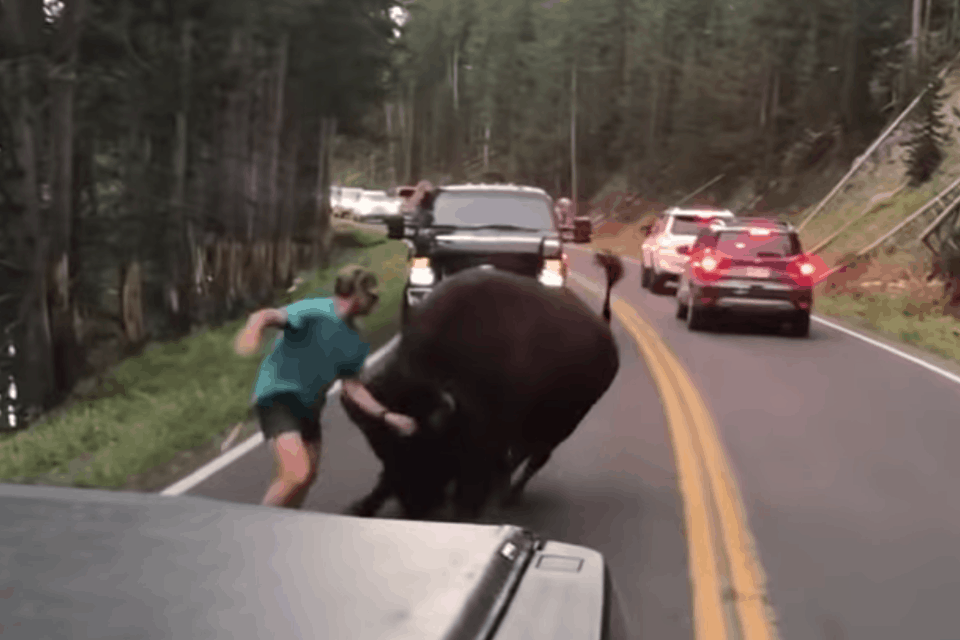 55-year-old Raymond Reinke has been sentenced to 130 days in jail after pleading guilty to misconduct in two national parks.

This includes the incident in which he harassed a bison at Yellowstone National Park, that was captured on video by a motorist, and eventually went viral.

Reinke is a Pendlton, Oregon resident. He entered his guilty plea Thursday in federal court in Mammoth, Wyoming. U.S. Magistrate Judge Mark Carmen sentenced Reinke to 60 days in jail for wildlife harassment and 60 additional days for interfering with law enforcement, and 10 days for disorderly conducted. He was, however, given credit for 21 days served.

Additionally, Raymond will be banned from Grand Teton, Yellowstone, and Glacier National parks for five years and he must undergo chemical dependency treatment.

Reinke apologized for his actions Thursday saying, “I’m sorry to the buffalo. He didn’t deserve what I did to him.”

Judge Carmen then told Reinke, “You’re lucky the bison didn’t take care of it, and you’re standing in front of me.”