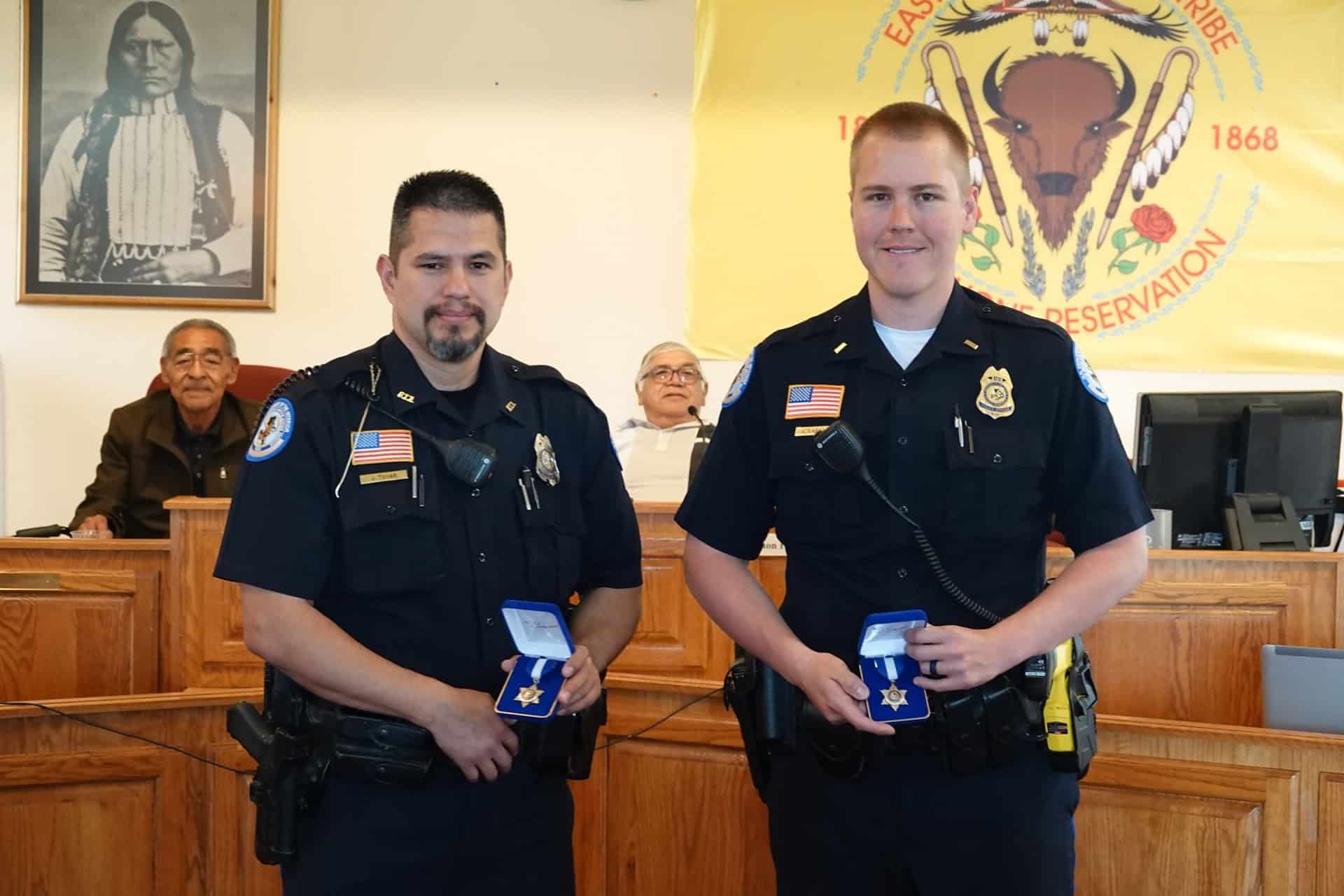 The Eastern Shoshone Tribe released a statement about the ceremony and the heroic acts that the officers performed.

On Friday, May 17, during a meeting of the Wind River Inter-Tribal Council, Wind River Police Officer Jesse Tovar and Lt. Alexander Earring were presented with a LifeSaver Award in recognition of the immediate actions they took to help an adult female survive. Read the details below:

“On March 13, 2019, Police Officer Jesse Tovar and Lt. Alexander Earring responded to a call of a fight in progress at the 100 Block of Sage Brush Loop on the Wind River Reservation. On arrival, the officers found an adult female barricaded in a bathroom. The officers were unable to gain entry into the bathroom due to a piece of furniture placed in front of the door to block access. The officers could hear the female inside the bathroom groaning and struggling to breathe. Lt. Earring heard the female mutter through the door, “I’m dying.”
The officers forced their way through the door and found the female with an electric cord tied around her neck. The female was unresponsive and not breathing. The officers performed a sternum rub on the female and received no response. As the officers began to initiate CPR the female started to breathe. Emergency Medical Services arrived on scene and transported the female to the Riverton Hospital.
If not for the immediate actions of Officer Tovar and Lt. Earring this female would have died.”