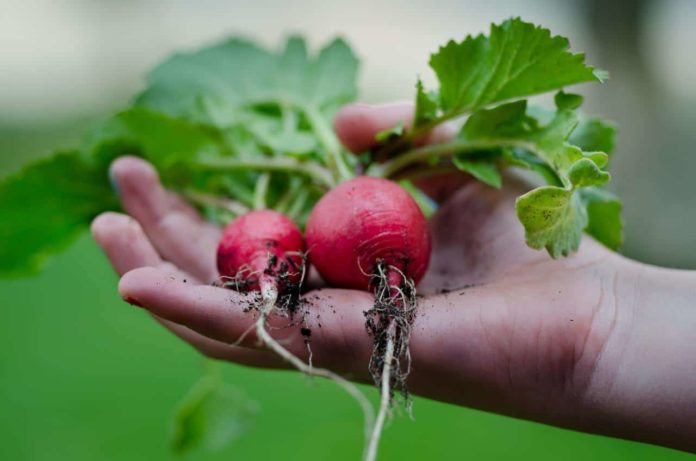 The Wyoming Food Coalition (WFC) is in the early stages of coordinating the many elements of local food systems across the state. While the concept for a coalition isn’t new, the momentum has grown stronger over the last few months with the hope of being completely formed and in a sustainable position within the next twelve months.

Wyoming was the only state in the nation that did not have a collaborative effort like food policy councils or advisory boards, shared Christine Porter, University of Wyoming Community and Public Health Professor. There has been a lot of work and efforts made in local food systems throughout Wyoming before now, like pieces of a puzzle. “What the coalition has done is brought them together along with the missing pieces.”

A few examples of local food systems include Riverton Local Food Hub, Wind River Farm to Plate, and Grow Our Own, among many others. It’s not to say collaboration and working together isn’t already happening, but as AmeriCorps VISTA working with the WFC Tim McAteer explained, “Food systems are broader than producing and selling. They also include health, nutrition, education, community development, fairness, justice, equity, and food access.”

In December 2019, around eighty food system stakeholders from across the state met at Casper College, where the momentum for the WFC picked up. “Birkenstocks to boots in the room,” Tim shared about the diverse group of attendees. During the meeting, stakeholders aligned with their interests, working groups were formed, the coalition’s vision, mission, and values were created.

Along with establishing bylaws and building the coalition’s inner workings, one of the first resources rolling out soon is a statewide online sales platform that will show you where to purchase local food based on your location.

The Sustainable Ecology Group led by Co-Founder of Wyoming Climate Activists Mike Selmer is already looking at a soil health initiative to be presented to the state that would help farmers and ranchers transition to sustainable methods. “Recognizing that Ag can be a critical mitigating factor for climate change,” Mike noted.

Currently, the Coalition operates on a $25,000 grant to get it going. The WFC and Central Wyoming College, acting as fiscal sponsor, work on another grant application to help with paying for AmeriCorps VISTAS, like Tim, as well as hiring a part-time coordinator. The majority of members are volunteers with full-time jobs, so having sustainable capacities for everyone is vital to keep moving forward.

You can learn more about the Wyoming Food Coalition by clicking here.

Wyoming Food Coalition Conference is free and virtual this weekend