Chris Hart joined the Army right after graduating from Lander Valley High School in 1997. After a 23-years of service, he has retired.

Chris, his wife Melissa, also an LVHS grad, and their two kids were visiting family in Lander earlier this month. While here, Chris’s retirement was celebrated and he was presented a Quilt of Valor.

Quilts of Valor is a national foundation that “cover service members and veterans touched by war with comforting and healing,” according to the foundation. County 10 reached out to our local chapter for more information, but has not heard back at this time.

What started out as serving only one term to raise money for college turned into a career. During his years of service, he was deployed four times; once to Kosovo and three to Iraq.

His role with the Army was an Intelligence Analyst. He hopes to find a similar job in a civilian role, after spending a few months with his family.

The Hart family now resides in Iowa. “Many moves, many homes, many friends,” Melissa shared. A few of their favorite places they have lived include Fort Carson in Colorado and Fort Polk in Louisiana.

“It’s been a great adventure,” Melissa explained. “We’ve loved every minute of it. Even the hard times.” 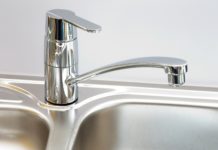 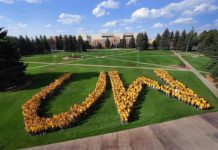