(Wyoming) – Seeing pictures form space is always a sight to be seen. NASA is continually releasing amazing photos of the world from space and recently shared one of Wyoming.

Every year we all hope that the wildfire season in Wyoming is not bad but unfortunately last year we saw a bad season combined with surrounding areas dealing with the same.

NASA has released a photo showing mass plums of smoke in Wyoming in the summer of 2020. This seems to be the Pilgrim Creek fire, NE of Jackson.

The picture below is of the Fontenelle fire taken on June 27, 2012 by NASA.

The image below shows Montana and Wyoming in July of 2006.

This next photo collage is from 2001 according to NASA it’s the Bridger-Teton National Forest in the northwest part of Wyoming. 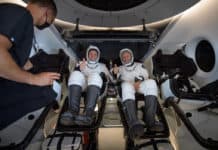 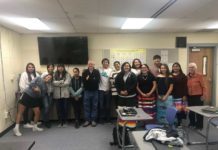