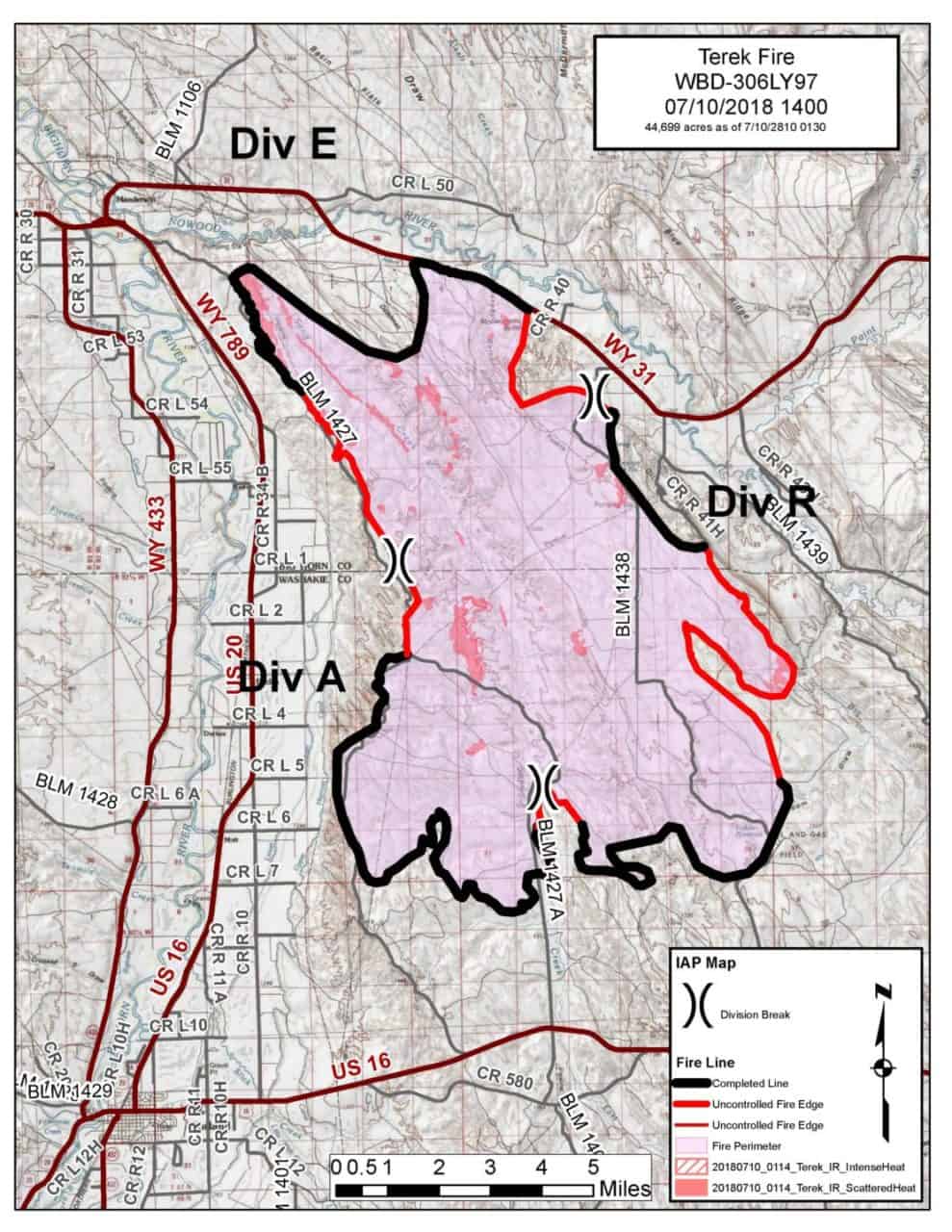 Operations continued throughout Tuesday night focusing on any hot spots along the fire perimeter.  Cooler temperatures are expected today with light wind and partly cloudy conditions occurring later in the day over the fire area.   These cooler temperatures should help decrease fire activity.   Fire crews will continue to secure the perimeter and increase containment as well as begin mop up operations.

Initial attack resources continue to respond to any additional small fires in the area caused by afternoon thunderstorms.

Road Update:  Highway 31 between Manderson and Hyattville, Wyoming has been reopened.

No Fly Zone: Aerial operations are ongoing, please refrain from flying drones in the area. Remember, if you fly, we can’t.