Five years ago local community and business leaders, the U.S. Secretary of Labor and other government officials, and the new managing center contractor gathered together at the amphitheater of the country’s newest U.S. Job Corps, atop Airport Hill in Riverton. It was a celebration to open the new vocational school that had been in the planning stages for more than ten years. Thanks to the political finesse of Senator Mike Enzi, and the vision and perseverance of Fremont County BOCE’s director Sandy Barton, Wyoming students would have new options to train and start careers in various trades not typically offered in college, at Wind River Job Corps.

It was a big day for Riverton, for Wyoming, for Job Corps and for students across the West.
MTC, Management & Training Corporation, was contracted to open the new center, hire and train a staff of about 125, establish processes and procedures for the residential campus, then recruit and train about 300 students in eight vocational trades, in revolving increments for the first 5 years of the center’s operation.

On September 1st, 2020, local business and civic leaders once again celebrated with Wind River Job Corps. And with the 5th year anniversary, came the introduction of new managing partners and center director. John Pedersen, Sr. Vice President of Training for MTC, passed the torch to Dr. Jennifer Wild of API, Alternate Perspectives, Inc. a certified woman-owned small business who is now the primary contractor with continuing support from MTC. In addition to Wind River, the two companies operate two U.S. Job Corps in Massachusetts as partners.

The event was held at the Riverton Country Club, opening with the Northern Arapaho Warrior color guard from American Legion Post 98.

Riverton Mayor Rich Gard mastered the ceremonies and provided some community and center development history, acknowledging the efforts of the late Sandy Barton, and Riverton’s gratitude to the center.

Dr. Wild thanked those present for their continuing support of Wind River Job Corps, and then spoke to the characteristics of good leadership and innovation as described by Forbes, relating how those characteristics provided priorities API adhered to when searching for a new center director. She then introduced the new director, Dr. Kristen Benson.

Dr. Benson, has a long history in Riverton, working with county school districts, most recently as the Executive Director at BOCE’s. She told her own personal stories of the significant efforts of Sandy Barton, on who’s staff she served at that time, and her involvement in that effort. While she has not directed a U.S. Job Corps in the past, she is well acquainted with the mission, challenges and opportunities they present to students, and to the workforce and economic development of the communities they serve. 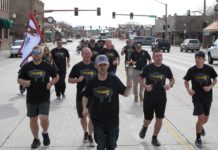 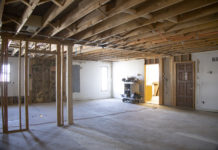 Progress being made toward new dialysis, diabetic facility in Riverton 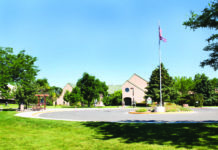 CWC Board Meeting will be held Wednesday, May 19th