Ciely Daly completed the requirements for Achievement 5 and has earned the Charles Lindbergh Award. This award is named in honor of pioneer aviator Charles Lindbergh and confers the rank of Cadet Master Sergeant.

Clark Bailey completed the requirements for the Mitchell Award. This award is named in honor of Brig Gen Billy Mitchell, the “Father of the Independent Air Force.” It confers the rank of Cadet 2nd Lieutenant.

The Mitchell Award has several special benefits and among these are that the recipients are eligible to attend Cadet Officer School and the Civic Leadership Academy. If they choose to enlist in the Air Force, they may enter at the grade of E-3. The award is looked upon favorably by admissions staff at AFROTC and the USAF Academy. Mitchell Award recipients who become CAP senior members are eligible to enter at the grade of 2d Lt.

Also recognized was 2d Lt Lynn Baxter who was appointed Character Development Instructor upon completion of the specialized qualifications for this position. She also serves as Administrative Officer, Finance Officer, Personnel Officer and Testing Officer. Likewise, Capt Kirkman Baxter was recognized with the Achievement Award and Commander’s Commendation Award (Region).

All of these promotions recognize excellence in all four areas of cadet life: leadership, aerospace, fitness, and character. It is even more remarkable that, during part of this time, the Civil Air Patrol was significantly affected by Wyoming Statewide Public Health Order no. 2 and Civil Air Patrol’s Internal Memorandum of 14 March 2020 that effectively limited meetings, training and other activities to electronic format. Despite these constraints, squadron activities continued and the cadets completed the requirements for promotion.

h/t Capt Karl Falken for the above information. 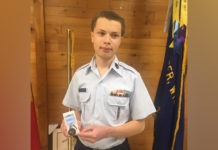 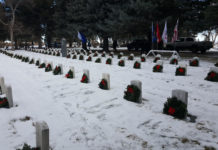 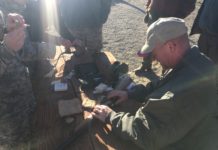