Union Telephone Company, in partnership with CoBank, announces a $100 million debt placement with the funds being invested over the next two years in the Wyoming region.

Expanding its mobile wireless network, improving coverage across all of Wyoming as well as parts of northern Colorado and Utah, eastern Idaho, and southern Montana. Union will also continue its investment in its fiber optic backbone and broadband service delivery.

Union Telephone Company was selected by AT&T to support the deployment of FirstNet – the only nationwide high-speed broadband network purpose-built specifically for America’s first responders – across Wyoming. Based on the collaboration with AT&T, Union Telephone Company will help build out additional LTE coverage and add Band 14 across rural communities in the state.

The investment will not only support mobile connectivity among first responders across the country, but it will allow increased and improved coverage for Union’s local customers. The network upgrade includes the construction of and modification to cellular towers and improvements to middle mile infrastructure.

The company lays 150 miles of backhaul fiber each year and manages 396 company-owned cellular towers. On an annual basis, the company invests $20 million of capital expenditure into Wyoming with the deployment of fiber optics and the installation of technology that enhances traditional telecommunications infrastructure, allowing high-grade voice, wireless, and broadband services. 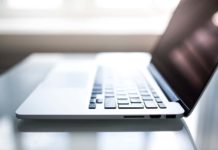