(Yellowstone National Park) – When photographer Alex Walczak snapped a picture of a young bison jumping in the air, many on social media were joking (we think) that bison in Yellowstone may have some kind of “Santa’s reindeer-like magic.”

Earlier this week, the U.S. Department of Interior released the following statement via social media;

No, the bison at Yellowstone National Park in Wyoming haven’t learned to fly. Yet. Despite weighing as much as 2,000 pounds, bison are agile and can run up to 35 miles per hour. They can jump over objects 5 feet high and have excellent hearing, vision and sense of smell.

Photographer Alex Walczak witnessed their power when he took this wonderful picture, “There was a whole group of them rolling around and I noticed a young bison running all over the place on the hill. I got this photo while it was in the middle of jumping and kicking like a bronco. After about 5 minutes of racing around, this young bison calmed down.” We guess it just needed to burn off some energy. Photo courtesy of Alex Walczak. 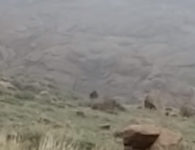 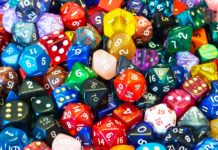 Wyoming is one of the ‘nerdiest’ states in the country 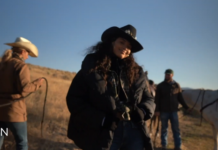