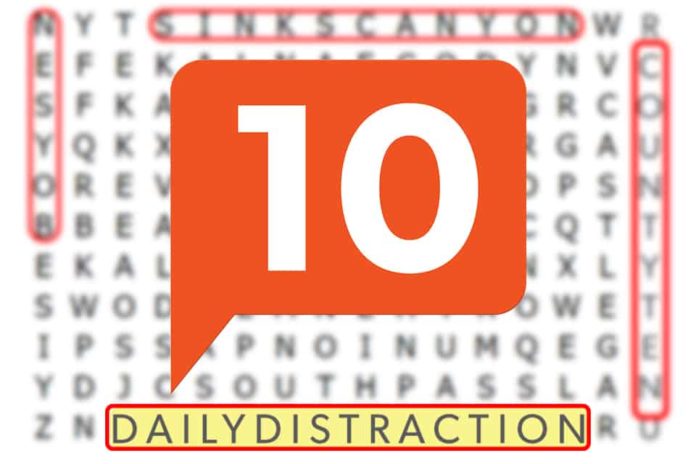 Introducing the County 10 Daily Distraction. Word Searches, photo contests, trivia questions and more. All local content, made just for you – our readers! Each weekday while the Corona-craziness lasts (okay…MOST weekdays), we’ll post a Daily Distraction. Just complete it and enter your info – you’ll be entered to win a gift card to a local business to help you #keepitlocal!

We’ve quizzed you on Fremont County’s food, its celebrities, and its history. Today’s Distraction is a little of all three! Be sure to check tomorrow’s Daily Distraction for the correct answers to today’s quiz.

Yesterday’s Daily Distraction was a Fremont County History Quiz brought to you by the Fremont County Museum System. We know you’ve been anxious to know the answers, so without further ado, here you go!