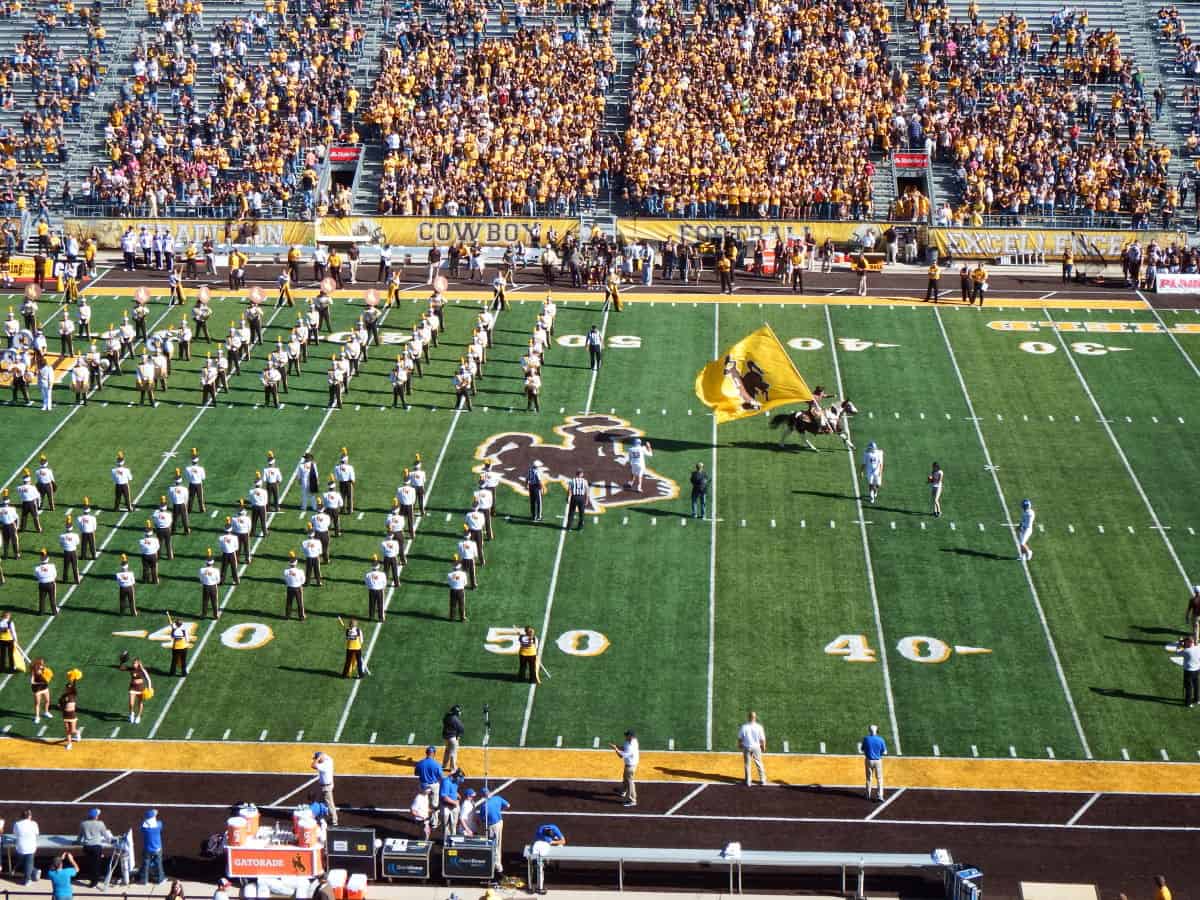 Wyoming Football has added three more afternoon kick times to its 2018 schedule.  The Cowboys’ home games versus Utah State and San Jose State and their road game at New Mexico will all kick off in the afternoon.

With these recent announcements, five of Wyoming’s six home game times have been released with all five of those games kicking off in the afternoon.  Game times that were previously announced include UW’s home opener on Saturday, Sept. 1 vs. Washington State, which is set to begin at 1:30 p.m.  The Pokes will host Wofford on Saturday, Sept. 15 for a 2 p.m. kick off, and Mountain West Conference play will begin for the Cowboys on Saturday, Sept. 29 when they host Boise State for a game beginning at 5 p.m.

Tickets are on sale now for the 2018 Wyoming Football season.  Fans may purchase tickets at GoWyo.com/tickets, by emailing [email protected], by dropping by the University of Wyoming Athletics Ticket Office on the west side of the Arena-Auditorium or by calling 307-766-7220.

Game Times are Tentative and Subject to change