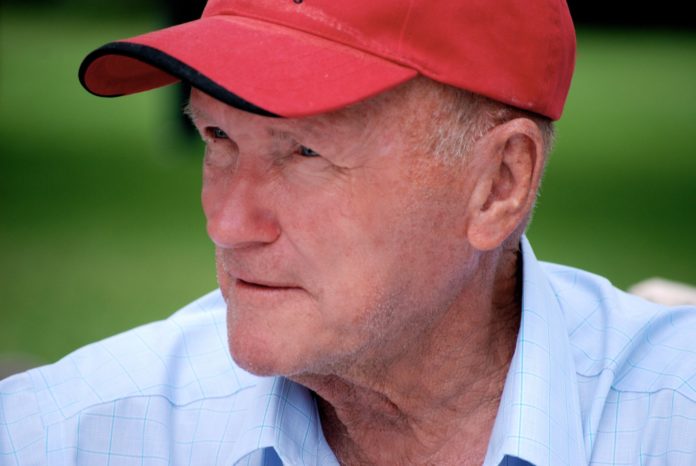 Thomas W. (Bud) Currah, longtime Wyoming resident, passed away in Casper, Wyoming, on January 15, 2021. Bud was born in Goehner, Nebraska, on June 26, 1924. When he was 13, Bud’s parents moved their family from Nebraska to Wyoming where they established the Currah family farm in Missouri Valley.

When Bud graduated from Shoshoni High School our nation was deeply engaged in WWII. Bud was determined to serve this country, so he joined the Navy. On April 22, 1945, Bud’s service was cut short when his ship, a landing craft support ship, was struck by a Kamikaze and sunk 90 miles off the coast of Okinawa, Japan. Bud survived and returned to Wyoming in 1946.

Bud married Marjorie Hayen, a Missouri Valley gal, and former Rosie the Riveter, in 1945, and together they welcomed six sons. He had a long career in the construction business, he was an active contributor to the American Legion baseball program, and a licensed Wyoming outfitter. After raising their sons in Casper, Bud and Marge retired to Star Valley Ranch. They then moved to Shoshoni, where Bud served as mayor for several years.

One of Bud’s great passions was hunting and guiding big game hunts in Wyoming. He spent time in later years supporting Hunting with Heroes Wyoming, where he was the most senior team member and the most senior veteran. He enjoyed his last antelope hunt in 2019, with his sons Dan, Mark, and Tom, guiding the hunt.

If you knew Bud well, you knew he could tell great stories. He’d get that twinkle in his eyes, and off he’d go—leaving it up to his audience to determine what was true and what was, well… a story!

Bud was preceded in death by his wife, Marge; his parents, Hugh and Mabel Currah; and his brother, Gayle Currah. Bud is survived by his six sons—Mitch (Annette), Dan (Nelda), Roger (Penny), Mark (Nancy), Tom, and Dee (Amber), fourteen grandchildren and sixteen great grandchildren. He is also survived by his two sisters, Shirley Richards, and Noreen (Van) Parkhurst, and his brother, Hugh (Joan) Currah.

A Celebration of Bud’s Life will be held at the Shoshoni Senior Center, in Shoshoni, Wyoming, at a later date when we can all be together safely to share his wonderful stories, including a famous one about “serving lunch in the field.”

The family requests memorials be made to the Shoshoni Senior Center or Hunting with Heroes Wyoming.

January snowpack ‘at or above normal’