The Most Interesting And Popular Card Games You Can Play 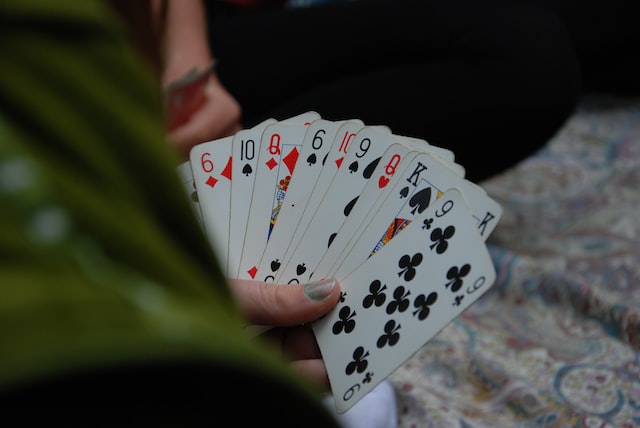 Whether you’re looking for a new game to add to your repertoire or want to learn about some exciting and popular games, you’ve come to the right place. This post will discuss different card games that are sure to entertain and engage players of all ages. So without further ado, let’s get started.

This game is similar to Solitaire, but there are key differences. One of the main goals of FreeCell is to move all of the cards from the table onto the four foundation piles. These piles must be built in ascending order from Ace to King, and each pile can only contain one suit of cards.

Spider Solitaire is a classic card game that many people worldwide enjoy. The game’s objective is to remove all of the cards from the table by creating stacks of cards descending from King to Ace. Once all the cards have been removed, the player with the highest score is declared the winner.

To win the game, the player must create eight stacks of cards, each containing one suit. They can play the game with one or two decks of cards and increase the difficulty by adding more suits to the game. To be perfect when playing Solitaire, gather as much information as possible. You may consider online platforms that contain relevant information to help you understand the game better. At the same time, be patient and strategic when playing the game.

This classic card game is perfect for family gatherings or parties. The objective of Hearts is to have the least amount of points when the game ends. Points are earned by taking certain cards; the game ends when one player has reached or exceeded 100 points.

The player must avoid taking any Hearts or Queen of Spades cards to win the game. These cards are worth points, and taking them will put the player at a disadvantage. The game is interesting because players must be strategic in their card choices and consider the long-term consequences of taking certain cards.

This two-player card game is played with a standard deck of 52 cards. The game’s objective is to create melds, which are sets of three or more cards of the same rank. The first player to reach 100 points is declared the winner.

The player must have at least three cards of the same rank to make a meld. The player can then lay the melds on the table for everyone to see. Once a player has laid down all their melds, they can go out by getting rid of their last card. The fun part is when players strive to think about which cards they need to keep to create melds and which ones they can afford to get rid of.

This is a shedding-type game that is perfect for family gatherings or parties. The game’s objective is to be the first player to get rid of all their cards. The players must take turns matching one of their cards with the card that is currently face up on the table.

The game is played with a unique cards deck with different colors and numbers. The player must match the card on the table by color or number. If they cannot do so, they must draw a card from the deck and try again. The game is all fun as players must pay close attention to the cards being played and try to predict what their opponents will do next.

This trick-taking game is perfect for having a good time with family and friends. The game’s objective is to have the lowest score when the game ends. The game is played with a standard deck of 52 cards; each player is dealt 13 cards.

Players must take turns playing a card, and the goal is to try to take as many tricks as possible. The player who takes the most tricks is declared the winner. The game is enjoyable since players must be strategic in their card choices and consider the long-term consequences of taking certain cards.

There are many exciting and popular card games that you can play. Each game has its unique objective and set of rules. When playing any of these games, gather as much information as possible to be well-informed and strategic in your decisions. Also, don’t forget to have fun.