#Smiles: Seniors, Underclassmen and an All-American lead Lander to Title 24

h/t LVHS Swimming for sharing the below information, photos, and videos

A combination of steady senior leadership, a slew of breakout performances from underclassmen, and a pair of record-setting swims by an All-American propelled Lander to a 24th consecutive team title at the 2020 3A Boys State Swimming and Diving Championship.

Add in unrelenting, unparalleled depth, and it’s clear that a stop atop the podium was never in doubt for these Tigers. Lander finished with 353 points, a total surpassing the combined scores of runner-up Powell and a talented third place Buffalo squad.

“The state meet this year was an emotional roller coaster,” said LVHS head coach Shawna Morgan. “So many different things happened to be proud of. Our team is very young so this was a new experience for the majority of them.”

For the veteran Tigers, however, dominant showings at state are old hat. Seniors Brinda and Whiting paired with sophomores Jonny Kulow and McFadden to set the tone for Friday’s finals with a victory in the first event of the day, the 200 medley relay. Brinda turned right around and captured the title in the 200 freestyle, besting his top-seed qualifying time by nearly a second. Frosh Brown captured 4th and Colton Wietzki took 6th. In the prelims, the junior managed a huge time cut, knocking four seconds off his entry time. Sophomore Sonny Robinson also swam a personal best in the prelims, finishing 24th.

The 200 free was the first of five events in which Lander swimmers occupied three of the six lanes in the final, a testament to a deep roster which racked up points in bunches throughout the championship session. Another trio of Tigers followed in the 200 IM with Huelskamp leading the charge. The freshman took first in 2:03.97, followed by soph Ross Anderson in 4th and junior Benaiah Dolence in 5th. Ramsey Eckhardt powered to a 7th place finish, winning the B final in the process.

The swimmers got a chance to catch their breath while the divers took center stage. Senior Plaisted led the way, closing out a stellar career with a second-place effort. The defending state champion finished a mere five points off the lead. Noah Larson was in the hunt, as well, with the freshman two spots back in fourth. Logan Wietzki capped his freshman season with a 17th place finish.

Brinda captured his second individual title of the day in the 100 butterfly and Huelskamp was third. Freshman Caleb Else qualified for his first state meet and swam to a 15th place. The 100 freestyle was next up and Jonny Kulow took top honors. The Tigers claimed three of the top six spots once again. Whiting and Plaisted brought home 5th and 6th place medals.

The real fireworks in the 100 freestyle took place on Thursday, however, when the capacity crowd nearly blew the roof off of the Laramie High School Aquatics Center when the Kulow touched the wall as a new state record holder in an All-American time of 44.69.

“Jonny’s freestyle puts him in the top 100 times in the country,” Morgan explained of his swim. Kulow became Lander’s second individual All-American in the program’s history, joining the members of a pair of All-American relay teams.

The 500 freestyle final proved to be the best race of the meet. Brown took the pace out hard from the start and held off late charges from Buffalo freshman Brogan Byram and teammate Nick Kulow. After 20 lengths of the pool, just over one second separated the three athletes. Sophomore Elijah Applegate placed 18th.

A blemish on the championship round was the disqualification of the 200 yard freestyle relay team consisting of the Kulow brothers, Brinda and McFadden. A clerical error involving the relay’s lineup card resulted in a lengthy appeal process and eventual decision to strip the quartet of their first-place medals. There was some solace in the fact that the foursome set a new state mark for the event in the prelims, however.

“At the beginning of the season we had a goal of breaking the state record in the 200 free relay, and I’m super glad we did it on Thursday,” said Morgan. The previous record was held by Rawlins and had stood since 1996.

The coach said the Tigers’ reaction to the controversy showed the strength of character that is a hallmark of the program’s athletes.

“I thought our kids showed great sportsmanship, especially after the DQ,” she said. “They stepped up and cheered louder than anyone in the place for the 400 free relay which made me happier than anything.

“I was told by an official that our boys are not only well trained for swimming, but are the most respectful kids to be around,” Morgan went on. “Comments like that make me more proud than anything else.”

Kulow — named 3A Athlete of the Year and Athlete of the Meet — rallied the LVHS faithful after the DQ with another state record and All-American time in the 100 back final, breaking his own mark which had stood for less than 24 hours. McFadden completed the 1-2 punch for Lander, moving up a spot from his third-place prelim effort to snag 2nd with a PR. The soph stretched out to tap the wall two hundredths of a second ahead of a Powell swimmer. Erick Harms placed 8th in his freshman state debut.

The 100 breast was the last individual swim of the day. Freshman Scott Logan pulled out a 7th place finish in the consolation final, followed by Anderson in 8th. Senior Mason Kinney dropped nearly four seconds from his state entry time, good for 17th in the prelims.

To close out the meet, the LVHS 400 free relay squad comprised of three seniors and a freshman walked to the blocks accompanied by AC/DC’s “Thunderstruck” booming from the loudspeakers, and it seemed only fitting considering Lander’s awe-inspiring display of athleticism. The elder Kulow, Plaisted, and Whiting were joined by Huelskamp in punctuating Lander’s onslaught with a decisive, ten-second victory.

During the race, their 18 teammates stood as one at the end of the lane, arms linked, chanting the four’s names and bellowing out a collective “WHOOSH!” as each made the turn. There were smiles, laughs and hugs, the culmination of another championship season.

Morgan — 3A Coach of the Year — expressed gratitude and appreciation for those who play a role in the program’s continued success year after year.

“A big thank you to Tim Hester and Faith Hamilton for all they do for this team and for me,” Morgan said of the two LVHS assistant coaches. “They really keep me grounded during the season and keep me from freaking out.

“Thank you to all the parents for sharing your boys with us and for your amazing breakfasts and dinners. We could not make it through a season without those! I can’t express enough how lucky I am to work with your boys and be a part of their lives! I love every moment of every season.

“Thank you to the LVHS administration and staff for all of their continued support, and to the Lander community, keep cheering us on!”

During Lander’s unparalleled championship run, hundreds of different swimmers and divers have stepped onto the blocks and board to contribute to Lander’s storied swim and dive legacy. The head coach marvels at the young men’s capacity to deliver time-and-again as the weight of expected success continues to grow. She takes none of it for granted.

“Every year, we have to contend with the stress of keeping the streak alive. The boys work harder every year, but eventually the Lander Swimming and Diving team will lose,” Morgan said. “When the time comes, though, it won’t be because we were outworked.

“Until then, we will continue to be the best we can be in and out of the pool. Thanks to the other teams who bring their best to every meet. They are what make us better.”

3A Athlete of the Year: Jonny Kulow

3A Athlete of the Meet: Jonny Kulow

3A Head Coach of the Year: Shawna Morgan 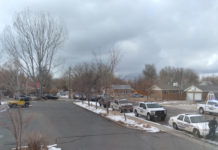 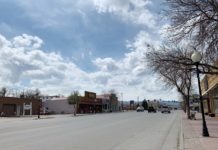 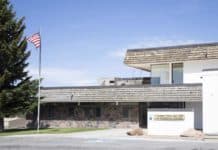