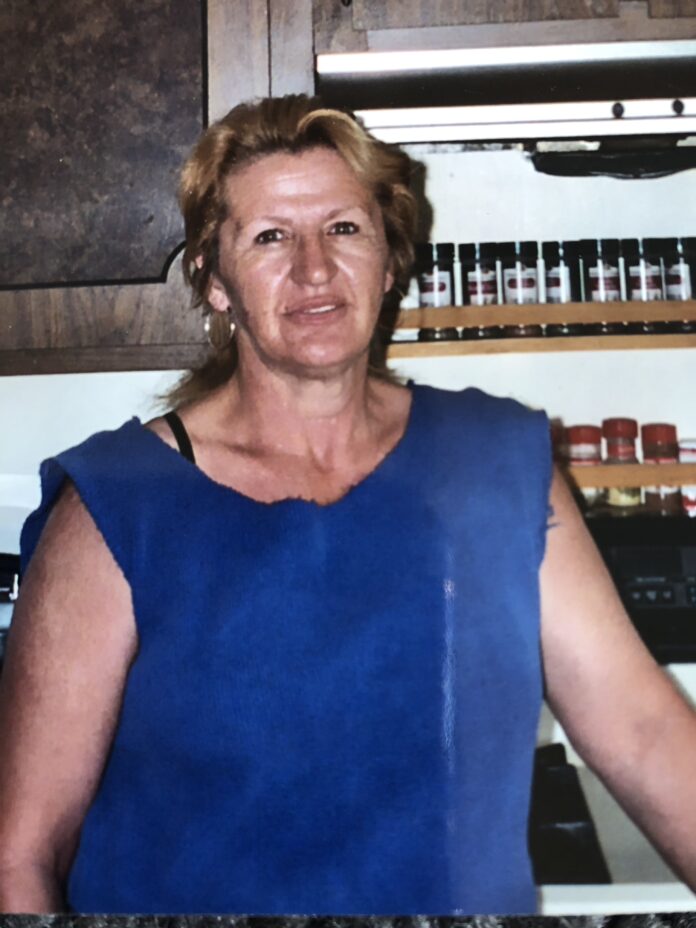 We are sad to inform of the passing of Sharon Marlene Reed. A memorial picnic will be held on August 20, 2022, at Sunset Park in Riverton, Wyoming, from noon to 7pm.

Sharon was born March 4, 1952, in Boulder, Colo. to Earl and Judy Reed. She was the second oldest of 8 children. She moved to Sterling, Colo. in 1960, where she met her love, William “Billy” Gitchel. They were married in July of 1968. To this union came 4 boys. She became a widow in 1977, but that didn’t stop her from doing the things needed to survive.

She worked hard her whole life, as a laundress, waitress, bartender, feed hauler, cattle rancher, dog sled manager, substitute teacher, 50-ton truck driver, OSHA safety inspector, pizza maker, and sugar beet tare person. She also lived in a number of places, including Riverton, Wyo., Pavillion, Wyo., Dubois, Wyo., Sterling, Colo., Illiff, Colo., and Chappell, Neb. But the mountains of Wyoming is where she wanted to be. After a lifetime of what we do, she actually retired in 2014.

She enjoyed every moment in life. Those of you that read this, that know the name, will remember the time she had in ‘your life’.

Sharon is preceded in death by her parents, Earl and Judy, husband Billy, and son Leonard.

Cards can be sent to William Gitchel, PO Box 6070, Riverton, Wyo. Davis Funeral Home was in charge of cremation.

Peregrine falcons recovered from cliff outside of Lander

Over $1,400 raised for Soldier’s House of Fremont County