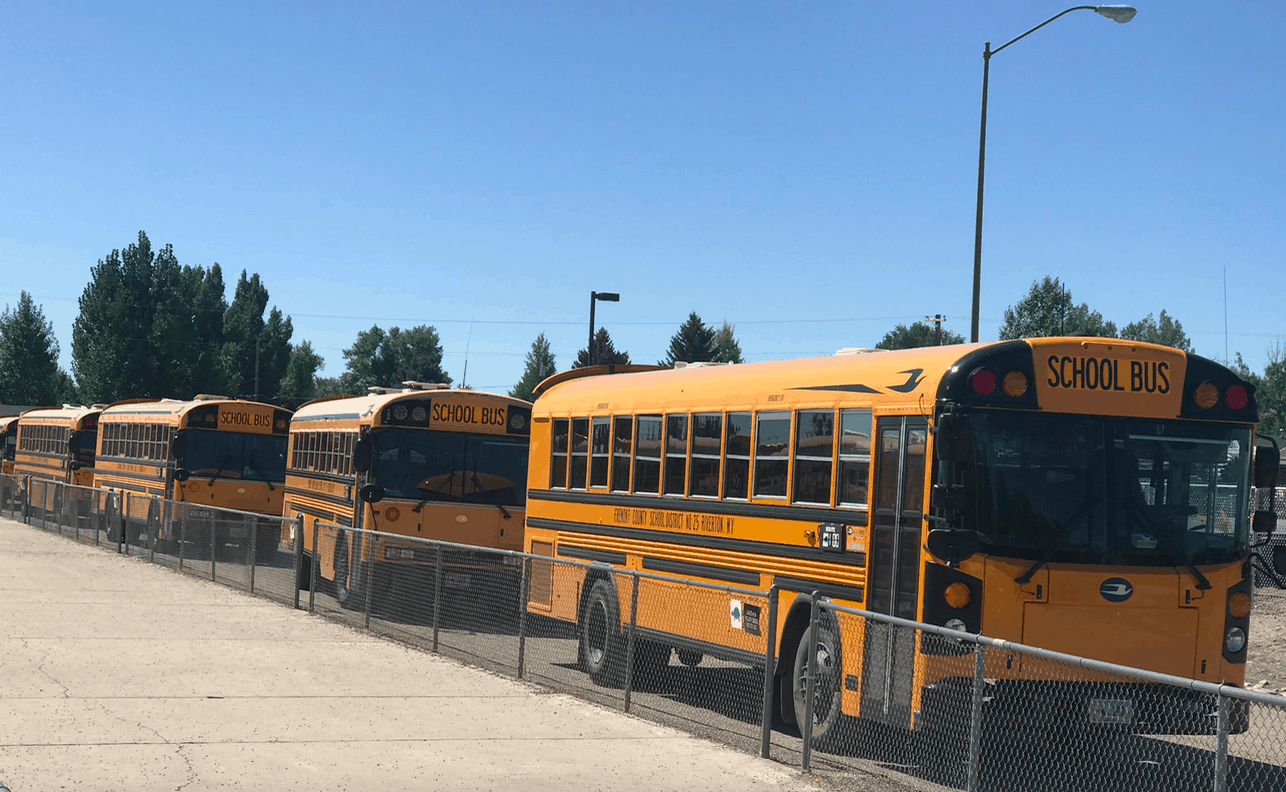 (Riverton, Wyo.) – The Riverton school district is experiencing a critical shortage of school bus drivers which manifested itself in the first couple days of school. Complaints rolled in at the the bus barn, to the central office and to school board members and principals from parents wanting to know where their children were.  Some school bus routes were not covered, some kids were left stranded, and others were shifted onto other bus routes, arriving home or at school quite late. The shortage of bus drivers continues today.

Facilities Director Larry Hartwell apologized for  the problems at Tuesday night’s school board meeting. “We were more shorthanded than we anticipated,” he said, I apologize to you for all the inconveniences (to families) and phone calls (to you),” he said. But while Superintendent Terry Snyder thanked Hartwell for his comments, he said an apology wasn’t necessary.

“We had an avalanche of complaints, yes, but the conversation has two domains. Do we have enough bus drivers? No, we don’t. So what  do we do about that?” – Supt. Terry Snyder

Snyder answered his own question with an item further down on the board’s agenda, which sets up a job description for bus drivers. “If we had enough drivers with enough time for them to be considered full time and benefitted, it would serve the district’s needs and Larry’s,” he said. “We’re looking for ways to help Larry. He and his staff worked very hard to make it work.”

Motorists passing the district’s bus barn on Sunset are greeted with an electronic sign seeking bus drivers. “Will Train” is a message on the flashing sign.

To solve the immediate problem, Hartwell said some retired bus drivers were called in to help, and transportation department staff pitched in and have been driving some of the buses themselves. “We also have some drivers who have indicated they will be retiring soon,” Hartwell said.

To get a bus driver trained is a long process, Hartwell told the  board. “Someone with a CDL (Commercial Drivers License) still has to pass the Public School  endorsement, have a certain amount of classroom instruction and get experience behind the wheel before they can take their state exam,” he said. “We’re still looking.”

Snyder said the problem is not just local. “When I’ve been driving around the state, I see school buses parked with signs saying drivers are needed. There’s a widespread shortage.”

Snyder said the issue also brought up a concern on how such situations can be communicated to school district parents. “We need multi-modality communication  with our parents, through text, voice, email and Facebook,” he said. “We need to get geared up  as a district to do that. This was an example of  a situation where we needed to get the word about so parents didn’t panic.”  The Superintendent said a solution is being sought in-house.