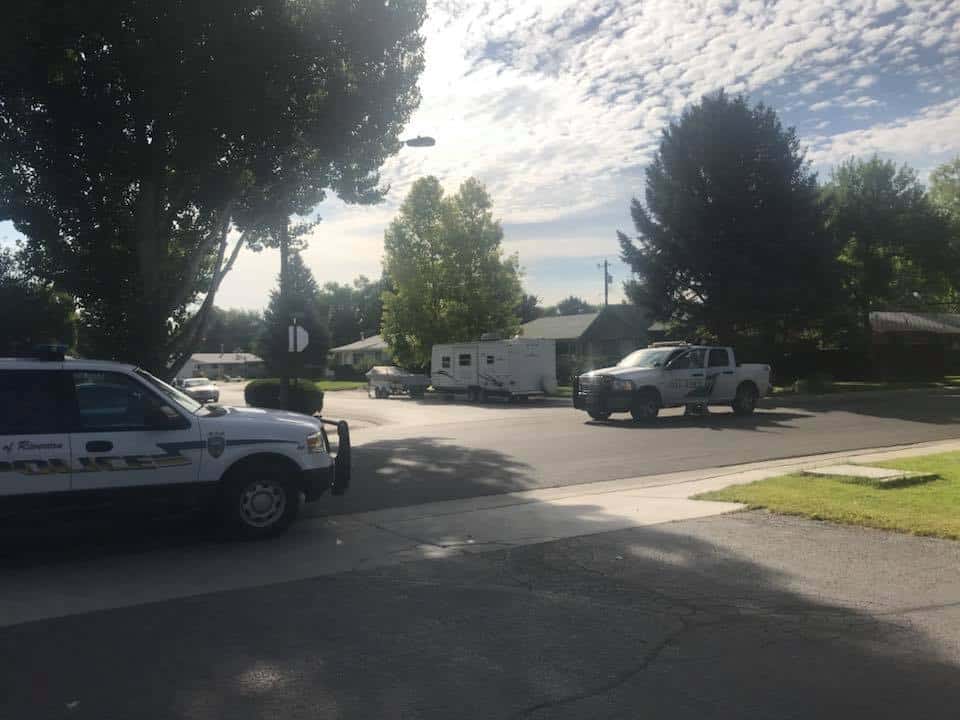 Just after 9:00 a.m. Thursday, the Riverton Police Department and Fremont County Sheriffs office responded to an incident on Valley Circle in Riverton.

Law enforcement quickly set up a perimeter around the house, including blocking off traffic on North 1st Street, and the east side of Valley Circle. Officers were spotted with riffles drawn as they entered the scene.

After roughly a one-hour long standoff, the suspect exited the house and was arrested without incident. There were no reports of injuries to law enforcement officers.

After an attempt to gain more information on the situation, County 10 was sent the following release from the Riverton Police Department:

While the Riverton Police Department understands the responsibility of the press to report facts, it is the responsibility of this agency to protect the rights of the citizens we protect.  Some calls for service are of a nature that require we not release certain information.  The incident that occurred on Valley Circle is one such incident.  Officers were called to the residence in which a determination was made to take extra safety precautions.  There is no threat to public safety at this time and the situation has been resolved peacefully.