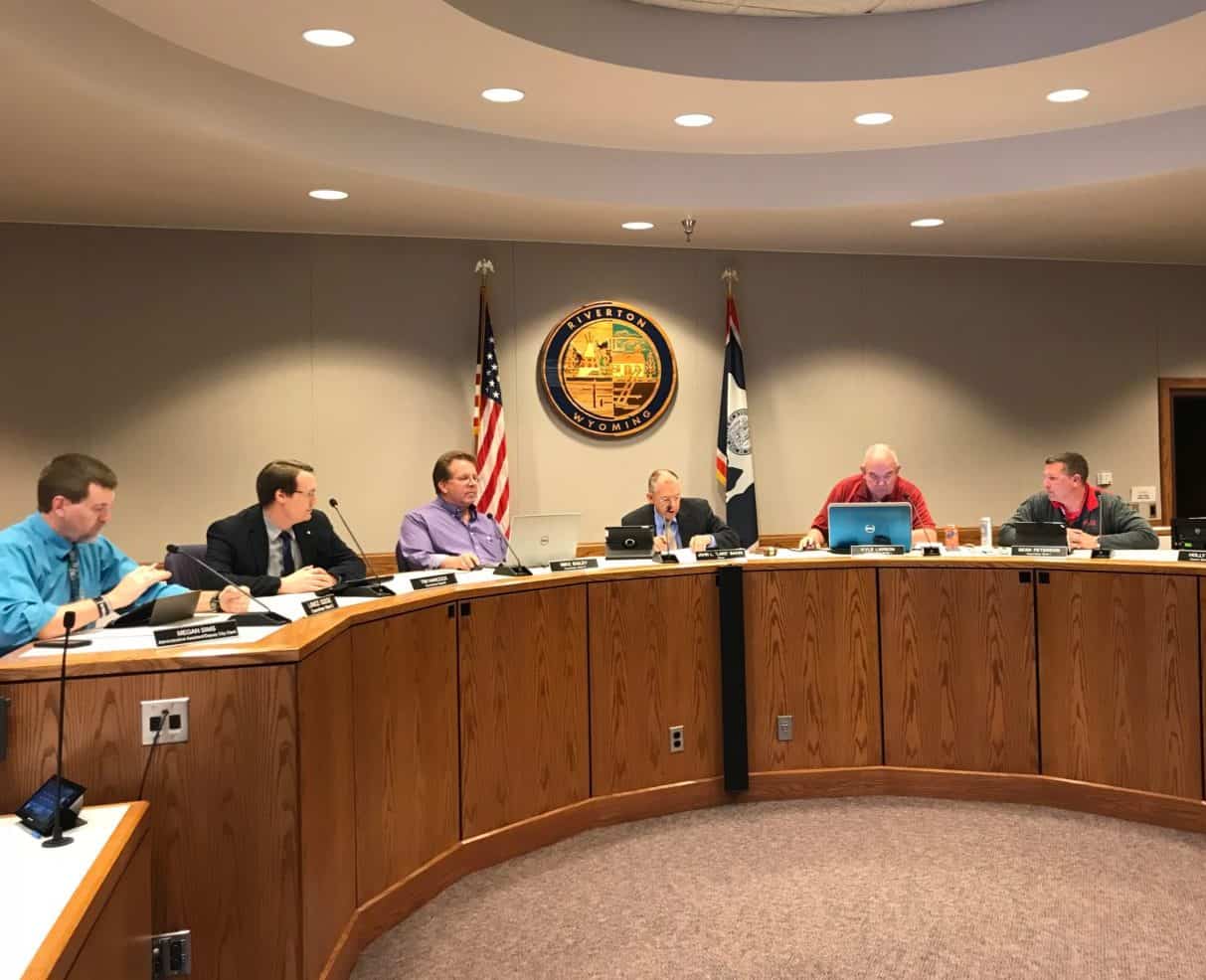 “It is with great regret that I’m going to have to be resigning off of city council, I’ve got a professional opportunity and so unfortunately I’m not going to be living in Riverton anymore,” Jibben announced to the other council members and Riverton Mayor.

Holly explained that her family has plans to relocate to Cheyenne.

Jibben was born in Lander, but attended and graduated from Shoshoni High School. After a brief move to North Dakota, Holly relocated to Wyoming working for Nabors Drilling, Summit Financial, and starting her own business, Hollywood Photography.

“It was an absolute honor to have been on the council, I was very naive when I got on city council, I didn’t have the foggiest clue, quite frankly, what I was getting myself into, I didn’t know that there were procedures to everything.” Jibben continued, “I just thought that you did the right thing and that if you didn’t make emotional decisions about everything and you stayed logical, it was either right or wrong, and that was my only agenda. I hope that I did that, I didn’t realize the amount of work that our staff puts in, and the amount of work that it takes to even get a city council meeting every Tuesday.”

Jibben praised the efforts of her fellow City Council members and singled out City Administrator Anthony “Tony” Tolstedt, “You guys are absolutely amazing, all of our employees, I said it before and I’ll say it again, as much as I love you guys, they don’t need us, we need them. They make our jobs easier. We are not as corrupt as everybody believes we are, a lot of changes have happened since I’ve been on city council. You guys always really accepted me and made me understand how local government works. As crazy as it is, I wouldn’t change my experience for the world. I am very confident that I am leaving city council in really great hands.”

She concluded by encouraging others to get involved with the local government process, “I think everybody in Riverton should try it at some point, granted all of my friends thought I was totally crazy, but like I said I wouldn’t trade it for the world, it’s been the best experience that I’ve ever had.”

Her final City Council meeting is expected to be Tuesday, July 16th. Letters of interest from Ward II residents to replace Jibbon will be accepted until August 1st.