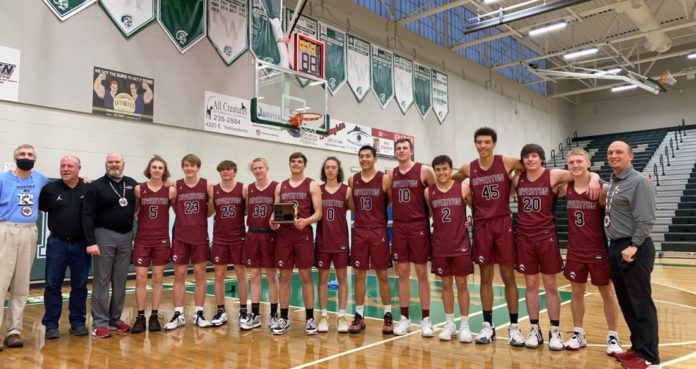 (Riverton, WY) – After a tough opening round loss to Sheridan, the Riverton Wolverines bounced back at state 4A basketball in Casper Saturday. RHS knocked off Rock Springs 45-33 and Cheyenne East 81-67 to finish 2-1 and bringing home a consolation championship plaque.

The Wolverines were led by Jared Lucas with 9 points in their win over Rock Springs. Aquilo Friday and Lucas Engle each had 8 in a game with a very balanced scoring attack.

Jared Lucas put up a whopping 29 points in the consolation championship game against East and collected 10 rebounds. Lucas Engle scored 17 and Aquilo Friday chipped in 13.