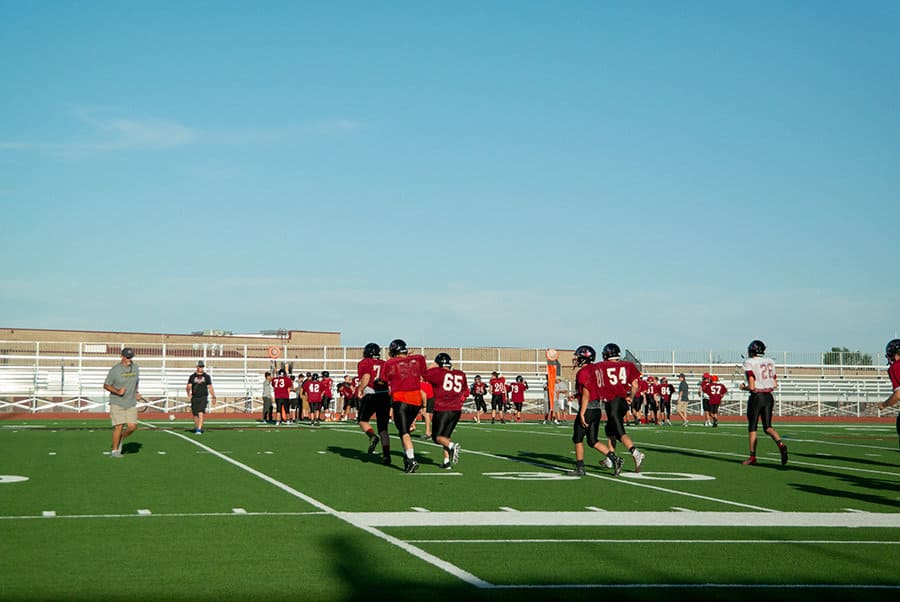 According to the Casper Star-Tribune, Asher was driving to school Tuesday morning when he lost control of his 2007 Dodge Ram and rolled the truck, ejecting Asher from the vehicle. Ethan was not wearing a seat belt.

Asher was air lifted to Billings and placed in a medically induced coma.

His teammates will attempt to refocus on football Friday night and play their zero week scrimmage in Riverton.

It didn’t take the staff and students long to organize a plan to help the Powell, Wyo family. Patrons attending the football game and volleyball tournament will be given an option to donate money which will go to Asher’s family for their medical expenses.

Tomorrow Riverton hosts the Riverton Volleyball Invitational and the Riverton Football team hosts Powell for a zero week scrimmage. Riverton High School is asking for patrons who attend both events to donate to help offset the medical expenses and travel expenses for a Powell Football player who was severely injured early this week. The Powell athlete is in Billings and will remain there for the foreseeable future. We thank everyone in advance who will donate for this young man and his family.